E. J. Bridgewater – The Man in the Bleachers: A Novel 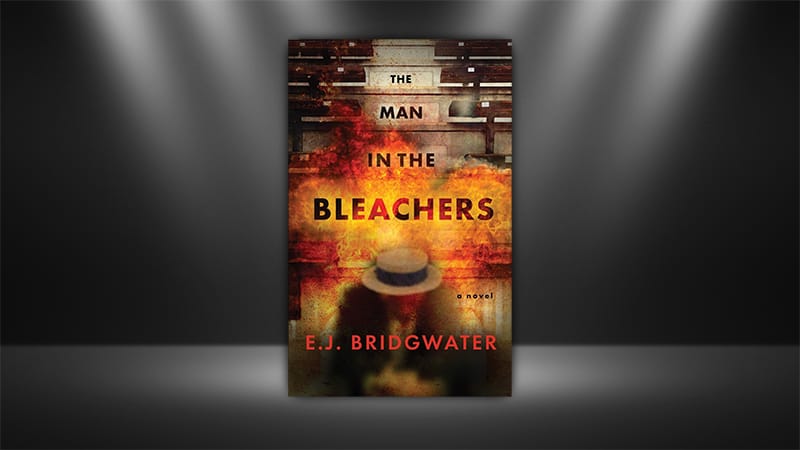 “With a dashing of noir, The Man in the Bleachers is lively and clearly written. Dynamic dialogue peppers the story and is gracefully blended with exposition. Bridgwater’s mix of murder mystery and 1920s baseball is a crackling combination.”

August, 1920, New York City. With the Great War now a rapidly fading memory, Lucas Blaine wants nothing more than to forget the past and focus on leading his minor league baseball team to a pennant-winning finish. But the agony he hopes he’s left behind is about to catch up with him.

A random newspaper article about a murder and a Cracker Jack prize ignites his interest. The very next day, he receives his own Cracker Jack prize from an anonymous sender. Then another. And another. At first, the trinkets appear to be mere curiosities, without message or context. A shovel. A cat. A clock. But when the team mascot is cruelly murdered, the message becomes strikingly clear: Lucas Blaine is a target. The question is . . . who’s targeting him? And why?

When his demonic tormentor viciously attacks his treasured team and the love of his life, his sense of helplessness explodes, hurtling Blaine into a furious manhunt through the streets and subways of New York until he finally comes face to face with the man in the bleachers.

“Working with David was a fabulous experience. First and foremost, he’s exceedingly thorough. He’s clearly mastered all the close detail work of tracking down punctuation, spelling and grammatical errors. As well, he knows the importance of reliability, delivering my edited manuscript exactly when he said he would (if not a few days earlier!), and at the price he quoted. Those are things you would expect from a professional and he didn’t disappoint.

“But David offered so much more: highlighting inconsistencies, suggesting alternative words or phrasing, pointing out possibilities, all without every making me feel awkward or amateurish. He was always positive and considerate, and I genuinely felt like he was almost as invested in my book as I was. David is a first-rate editor and working with him was an absolute pleasure.”