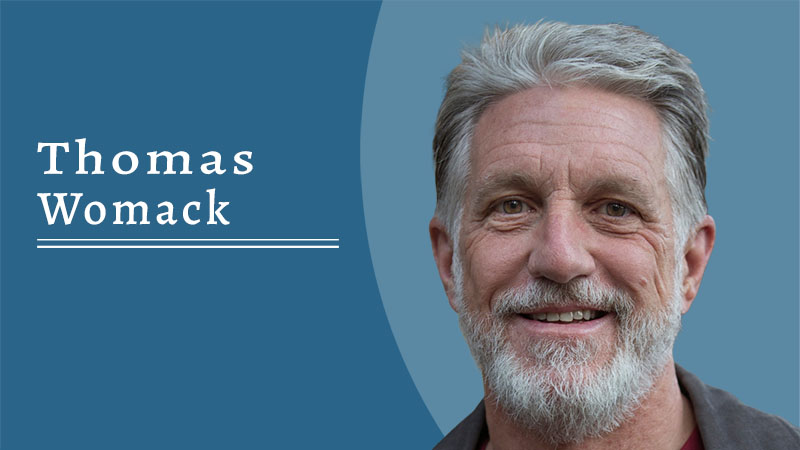 After growing up on his parents’ small cotton farm in southeast Missouri (the crops of which the family picked by hand), Thomas went on to be a worker in factories (for auto parts and axe handles), an office boy, and a junkyard sifter. After earning a journalism degree from the University of Missouri, he became a reporter for the Daily Tribune in Columbia, Missouri, and a few years later became a full-time book editor. He’s been an in-house editor for NavPress, Multnomah Publishers, and the WaterBrook imprint of Random House Publishers, and has been a fulltime freelance editor since 2007. He became part of the Book Editing Associates team of editors in 2017.

He has edited a number of children’s books over the years, and is also a children’s book author himself (using the pen name “Mack Thomas”), with about twenty published titles for children going back to the 1990s.

Besides editing fiction, Thomas also writes it–he’s currently writing the third volume in a trilogy of historical fiction set in the second century in the ancient regions occupied now by Syria and Iraq.

He lives with his wife of forty years in the evening shadow of the Cascade Mountains in central Oregon USA. They’re blessed with five married children and fourteen grandchildren.

How long have you been an editor?

I began editing books way back in 1978, after a few years as a daily newspaper reporter.

How long have you been with Book Editing Associates?

I’ve been with BEA since November 2017 — five years this fall.

One attraction that sticks out: I would be working on projects with far longer time frames than the grind of daily deadlines in the newspaper realm.

Yes, I wrote some children’s books back in the 1990s (mostly retellings of Bible stories), and I’m currently writing the third volume in a trilogy of historical fiction.

I encourage authors to keep patiently and diligently rereading and revising their manuscripts on their own–continually striving for greater clarity, honesty, and vitality. Don’t force your editor to have to spend time on fixing problems that you could have easily identified and fixed yourself. Let your editor invest his or her time in helping your manuscript achieve the highest levels of excellence, instead of having to concentrate so hard on simply making it “acceptable.”

Favorite part — helping to further magnify the impact of a manuscript that’s already very strong and alive at its core.
Least favorite — spending time trying to correct factual or referencing flaws resulting from an author’s sloppy research.
Easiest part — getting a quick feel (from an author’s sample content) of their overall writing ability.
Most challenging part — fixing structural weaknesses in a manuscript’s flow.

I place a far higher value on the author’s style and vision. Tastes constantly change among readers and publishers, but there will always be an appreciation for a book that’s written with honesty and aliveness and passion, and that stays true to the author’s unique personality and voice (it’s unpretentious yet bold and confident, and it’s not trying too hard to be trendy).

An insightful message, or captivating story, or a trustworthy exploration that truly helps readers toward greater wholeness, calmness, and personal significance in today’s unsettling world.

Stay true to the author’s voice and style while also helping them achieve greater clarity and conciseness.