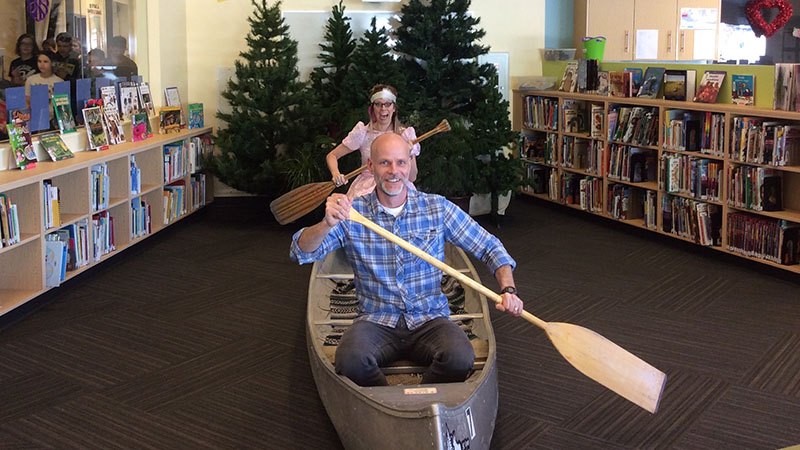 Kevin Miller is an award-winning novelist and filmmaker. His debut novel, Up the Creek!, has sold over 50,000 copies and has topped Amazon.com best-seller lists. Over the past 28 years, he has applied his craft to a wide range of projects, including feature films, documentaries, novels, non-fiction books, and comic books. He has also taught creative writing across Canada and the US as well as in the UK and Australia. Kevin has been featured on CNN, CBC Radio, and numerous other radio and TV outlets, and his work has been written about and reviewed in dozens of publications, including the New York Times, the Washington Post, Variety, the Globe and Mail, and the ​Vancouver Sun. In addition to his own books, Kevin has edited over 250 published books. Some of his editing clients include William B. Davis, the “Cigarette Smoking Man” from The X-Files, Hollywood storyboard artist Doug Brode, Spencer Tillman of Fox Sports, and Steve Babb, co-founder of the progressive rock band Glass Hammer.

How long have you been an editor?

How long have you been with Book Editing Associates?

I’ve been with Book Editing Associates for 22 years.

I decided to become an editor when I was laid off from a position at a publishing company and was trying to create a freelance writing business for myself. Between writing and editing, I’ve managed to make a living as a freelancer for over two decades.

Shorter is always better. One of my key goals as an editor is to make manuscripts more concise. A client can expect a manuscript to get from 1-5% shorter after I’m done with it.

My favorite part of editing is making an excellent manuscript even better. My least favorite part is fixing tedious, repetitive issues.

How do you balance the author’s style and vision, and the taste of commercial publishers or readers?

As an editor, my goal is to remove everything that interferes with the writer’s voice. I think an authentic voice has the most appeal to readers and publishers.

A strong high concept or premise is crucial. If your story doesn’t ask a strong “what if” question that readers. For example, the novel “Hench” asks, what if the dynamics of the gig economy were transferred to the world of supervillains? Once you have a strong, easily identifiable high concept, the next issue is how well you execute that concept. Both of these targets are very difficult to hit.

My top goal is to make the manuscript as strong as possible by removing anything extraneous and adding–or requesting the author add–anything extra that’s required.

Writing. I edit to fund my own writing career. As much as I enjoy editing, I’m hoping that one day it will be more of a choice than a necessity. For the time being, though, it’s a great way to earn a living. When I’m not writing or editing, I’m skiing and playing hockey in the winter and hiking, fishing, and skateboarding in the summer. That and renovating my house, inside and out.

Who are some of your favorite authors?