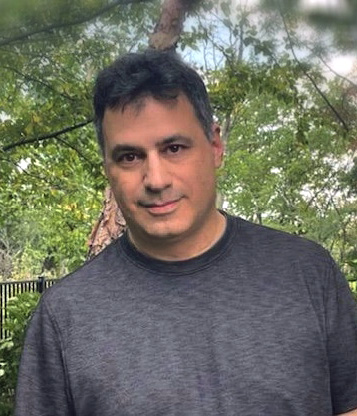 His books have generated more than $20 million in revenue and have appeared on the Today show, The Early Show, CNN, MSNBC, and NPR. His rating on Goodreads.com is 4.2, based on more than 3,000 ratings. 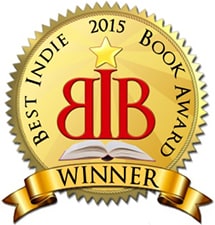 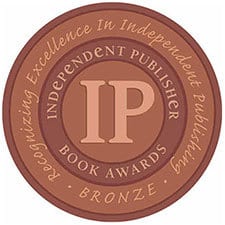 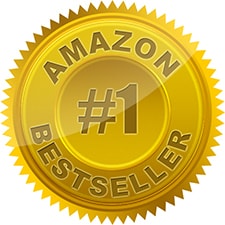 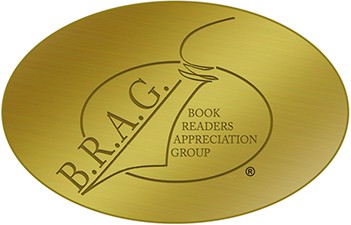 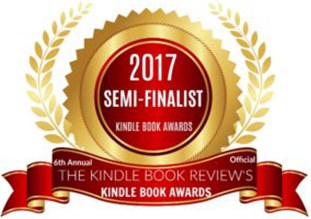 The author and editor of more than 300 books, David Aretha knows what it takes to get a book published.

“Excellence is his habit,” publisher Les Krantz wrote, and it’s reflected in the numbers: David’s score on Goodreads is 4.2, based on more than 3,000 ratings.

Civil rights icon Myrlie Evers-Williams, who delivered the invocation to President Barack Obama’s second inauguration, told NPR about Civil Rights Chronicle, which David edited and cowrote: “Honestly, this book is one of the best that I have seen, if not the best. . . . It’s absolutely magnificent. For those like me who say, ‘I’m tired, I can’t do any more,’ you pick up this book and you go through it and you know why you were dedicated and you know why you can’t stop and that you will continue to fight for justice and equality.”

The Murder of Emmett Till, which David authored, was assigned reading for journalism students at New York University because of its exemplary journalistic prose. Memory & Legacy, which he edited, was officially presented to President Bill Clinton during the grand opening of the Illinois Holocaust Museum. JFK Day by Day, which David edited and cowrote, was featured on Today with Matt Lauer and Meredith Vieira. It was converted into a video-enhanced book that was narrated by Meet the Press host David Gregory. 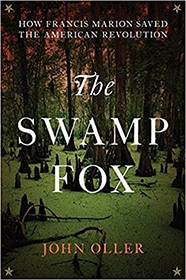 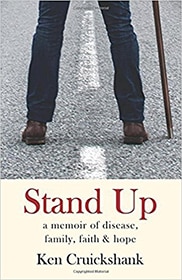 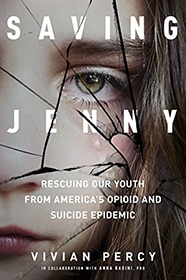 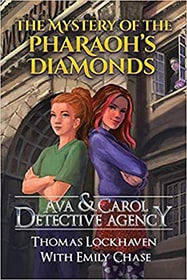 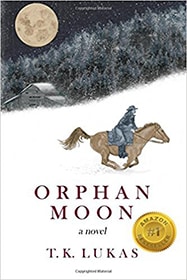 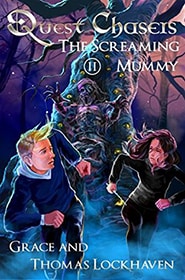 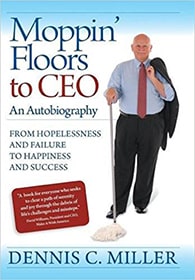 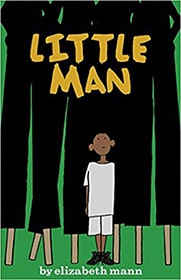 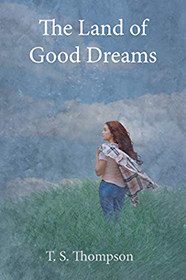 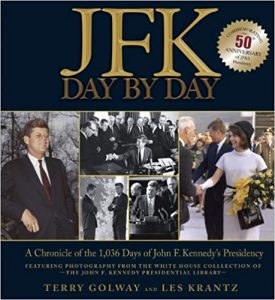 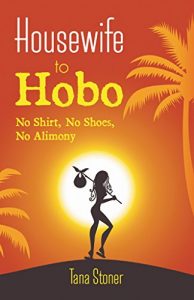 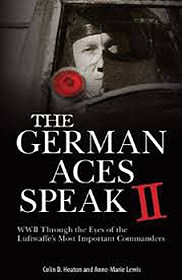 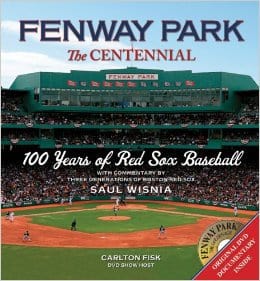 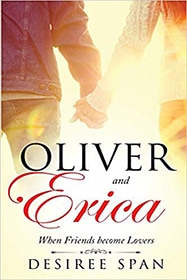 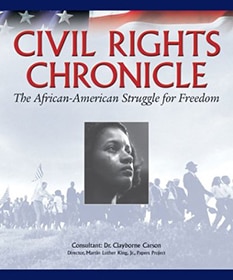 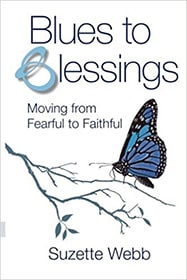 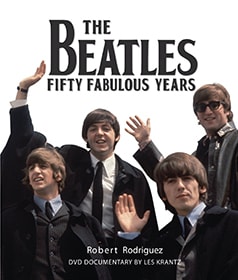 What David Can Do for You

David will personally copy edit and proofread the manuscript. Publishers and literary agents are much more likely to consider a squeaky-clean manuscript because A) the writer immediately comes across as highly professional and B) the manuscript has greater value because the publisher doesn’t have to pay for a copy edit. If a publisher wants to purchase your book, you could use point B in your negotiations in an effort to get a larger advance.

Because of David’s experience and cachet, you are more likely to sell your book to a publisher if his name is attached to the project. A book “authored by J. Doe and edited by David Aretha” will give the publisher assurance that the book will be a professional effort.

He can help you write a book proposal and pitch letter for publishers and/or literary agents.

“David is not only skilled at what he does, but professional, personable, and incredibly efficient. My manuscript was 75,000 words and he returned it to me, having gone through it twice, almost three and a half weeks prior to our agreed upon due date. He also offered honest advice and encouragement. This was my first time writing a full-length non-fiction and David was very helpful to me. Never once did I feel as though he would take advantage of someone who is ‘green’ which speaks volumes about his character. I look forward to working with him again in the future.”

“David Aretha has been working for me and with me for about 10 years on a freelance basis. He’s always on time, and he’s a person of great integrity and honesty. He is in some ways amazing in the quantity and quality of work he can put into a day. He gets right on things, never makes excuses, and frankly never has to. Excellence is his habit, and everybody I’ve teamed him up with (my clients, my authors, namely) loves to work with him. They are very vocal about it. His work ethic and his creativity distinguish him from others I’ve worked with, and I’ve worked with the best. In addition to excellent editorial and writing skills, he’s an idea man extraordinaire. A dozen original and successful books have emerged from him in the last few years.”

“I was very pleased with David Aretha editing work on Hard Crush. He was easy to work with, answered all of my questions, and provided a wealth of advice as to how I could structurally improve several sections of the book, including the beginning and ending. He really made my book shine, and his work was instrumental in getting it sold quickly to a publisher. I highly recommend him for manuscript editing.”

“Mr. Aretha went beyond just editing he was paid for and gave sound advice. He was beyond helpful and answered all of my questions in a matter of minutes. His skills as an editor are only exceeded by his helpfulness and frankness. I would highly recommend his services to any writer he chose to work with. As a novice writer, the network was the ultimate resource for the thing my writing was sorely in need of, professional outside advice and editing.”

“David is fast, friendly and helpful. He has a great eye for detail. Super job.”

“Not only was Dave extremely thorough as an editor, prompt and easy to deal with, but his comments and suggestions were invaluable to me in terms of the overall direction of this project. This service saved me time and money.”

“Dave helped make my story flow smoothly without changing the character it was told. Dave has a talent for asking the right questions of my story that helped me reflect on where it needed detail to clarify. Dave’s advice has been valuable, insightful and encouraging. He is always impressively prompt in answering e-mails, offered good advice where needed and I feel privileged having his expertise to give my book a polished look!”

“About six weeks ago you developmentally edited our memoir, now named God’s Faithfulness Through the Kuwait Hostage Crisis. We tried several agents: no luck. But on submission to the first publisher, they accepted the book for publication. Of course, we took their offer. The publisher is Crosslink Publishing, a small Christian, traditional publisher. They say they will have the book out in the spring. You will see your name in the acknowledgements, giving you credit for your help. Thanks much!”

“I was very fortunate to have David Aretha as my editor. He came highly recommended by the network’s founder, and he’s all she promised he would be. When David tells you he will have your manuscript back by the deadline, he will. His line editing is excellent, and his suggestions on my manuscript not only improved it, but made me a better writer. He gives credit where it’s warranted, and offers suggestions for change in a kind and respectful manner.”

“As an Indie first time author, coming in with minimal knowledge about the writing/publication business, and having limited knowledge of the Chicago Manual of Style, David was such a help in providing guidance and letting us know what ‘right looked like’; all the time doing so with professional, timeliness, and respecting our original vision. We couldn’t have progressed through this process without his assistance and now look forward to publishing a well written and professional memoir.”

“You’ve been wonderful to work with. It’s rare to work with an editor who is both thoroughly professional and considerate.”

“Amazing to work with. Extremely talented!”

“David Aretha is one of the most reliable and qualified copyeditors and proofreaders I have worked with in my many years in publishing. His attention to detail, his consistent and conscientious approach to the text, and his organizational skills ensure that the material he submits on editing projects is always of utmost quality.”

“David responded instantly to every question, finished the project ahead of deadline, and was great to work with.”

“Very efficient, and made the ms a lot smoother and professional- a great fit for this project!”

“David not only provided excellent edits, he also is a very approachable and friendly person to work with.He went above and beyond my expectations, and really helped familiarize a new author to multiple aspects of the book business.”

“David took a personal interest in my book and gave honest, constructive feedback. He was very knowledgeable and went well beyond what I expected for the service. David was flexible with deadlines when I needed more time, and provided additional information following the edit on the next steps I should take to have my book published.”

“Your edits helped me identify specific areas in my novel that needed to be clearer or to move the story forward. I appreciated that you respected my vision and my voice and did not question me on making changes to the direction or tone of my draft. Your edits are thoughtful and focused. My draft is much improved because of your suggestions.”

“David’s comments were extremely insightful, constructive and encouraging. He paid great attention to detail as well as to my request of keeping an eye on the plot and character development. I recommend him highly and David is certainly a very fine and thorough editor. His sense of humor is as good as his competence.”

“I cannot say enough positive things about working with David Aretha. His editing was insightful, honest, and neither harsh nor delicate. Most of all I appreciated his suggestions and encouragement throughout the process. The experience was worth every dime, and I’m already working on another book to send to him!”