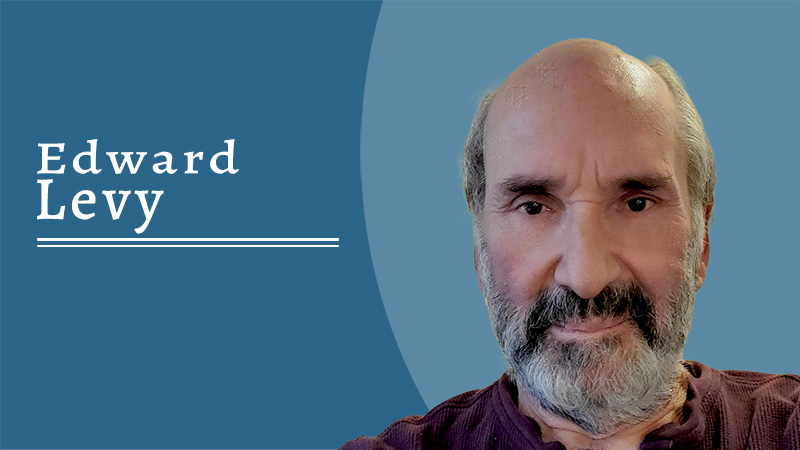 Like many editors, Ed has an eclectic background. He has studied intellectual history, Western psychology, English and Russian literature, and Asian philosophy and religion. He was a student of social theorist Herbert Marcuse, literary critic and Partisan Review founder Philip Rahv, and Buddhist author and teacher John Wellwood. He has lived in India (where he edited a monthly magazine) and Brooklyn (where he wrote for a local newspaper). He has edited books for Doubleday, Random House, Princeton University Press, Macmillan, Prentice-Hall, State University of New York Press, Scholastic, Praeger, Solution Tree Press, and other publishers and private individuals. For nine years, he worked in-house as a senior editor in educational publishing. Ed is currently editing contributions from educators around the world to the UNESCO journal Prospects.Ed’s writing and political cartoons have appeared in various magazines and newspapers.Among industry awards won by books he has edited are the Association of Academic Publishers Distinguished Achievement Award, the V. O. Key Award of the Southern Political Science Association, the Distinguished Achievement Award of the Association of Educational Publishers, Foreword Magazine’s Book of the Year, the Independent Publishers Book Award, Learning Magazine’s Teacher’s Choice Award, the Living Now Book Award, the Nautilus Book Award, and IndieFab award. A memoir he edited recently, Childhood Canceled, written by first-time author Mishka Migacz, was an Eric Hoffer Grand Prize Short List Finalist.Ed and his wife, the journalist Alison Rose Levy, currently live in Seattle with their cats, Pete and Cubby.

A long time! I’ve been an editor for thirty-five-plus years and have been working with Book Editing Associates since 2017.

I don’t think I ever really decided. It was something I was good at. I began by editing mystery novels as a sideline while I was doing other things I was interested in–like traveling! I think I may have also acquired an impulse to make people’s writing more “correct” because a few of my close family members growing up were first-generation Americans who struggled with English. I still work with a lot of non-native English speakers. And then there was the inspiration of a sixth-grade teacher who made grammar more interesting than you ever thought possible.

I’ve written for various magazines and newspapers, beginning with a piece on Yeats and Freud in a literary magazine. For a decade, I wrote regularly for a monthly magazine on yoga, meditation, and Indian philosophy. I have written a column and drawn political cartoons for a Catskills newspaper, The River Reporter. And recently, some of my poetry was published on the website of a Zen Center, The Empty Bowl.

For each book that one thing is different. My job is to find it.

Fave: when I can make a small change that makes a big difference
Least fave: correcting reference lists for APA style
Most challenging: working out the structure of a book that’s very disorganized
Easiest: editing good writing about something truly engaging

This often comes down to whether a book is going to be self-published or not. If an author wants to find a commercial publisher, then the balance tips one way. If they are self-publishing, it tips the other.

For commercial trade publishers, it’s heavily weighted toward potential sales; for academic publishers, it’s more the quality and relevance of the work, along with the author’s credentials. And of course, good writing. Publishers and agents lose confidence in an author when they are sent a poorly edited manuscript or proposal.

What is your top goal as you approach an edit?

I like to find the sweet spot where I’m immersed in the work, doing what serves the client, and on time!  A few years ago, I worked on a book written in English by a scholar who was born in Soviet-era Romania, got his degree in Germany, and then emigrated to Israel. He told me he effectively had no native language and worked with five dictionaries by his side. But the subject was deeply fascinating, and he had spent a lifetime thinking about it, and although he wrote in interminably long sentences, where the beginning and end were in different zip codes, I was happily absorbed in this project over many months, from beginning to end.

Moving parts of the body besides the fingers. Cooking, walking, zooming, plants, reading, music, films, some zen practice, and hanging out with Alison.