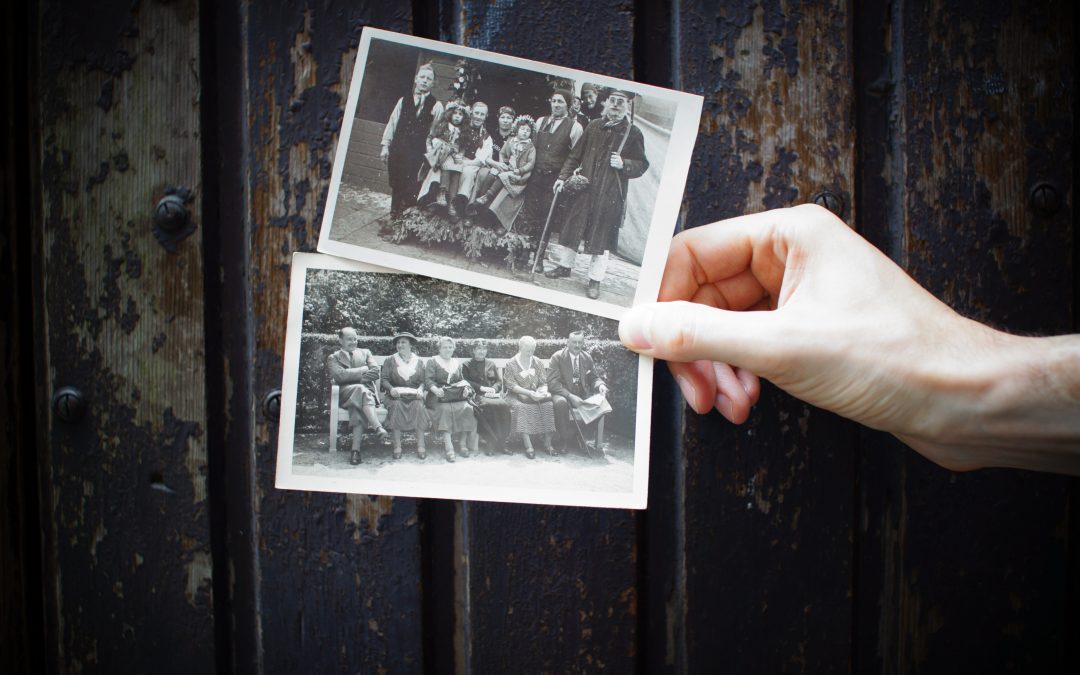 Why Your Memoirs Are Important

Memoirs have been created for millennia, even before humans knew how to write. After all, humans are tribal animals. In fact, experts in subjects ranging from dating behavior to corporate management look to evolutionary psychology – a discipline that explains much of our behavior in light of areas of the brain that developed under tribal and even animal conditions – in order to learn how we tick. Throughout our ancient, tribal past humans gathered around fires at night, where not only tales of the day’s hunt were related, but also historical tales, myths, memoirs, and genealogies were recounted. It was through these gatherings that each member of the tribe gained a sense of tribal meaning and belonging and the tribe knew itself to be more than just a collection of individuals.

In contemporary civilization, most of us no longer live in tribes. The closest we come to experiencing the tribal sense of belonging we need is provided by our family, by the pack of pals we hung out with when we were teens or college youth, or by a religious group we belong to. Unfortunately, because we no longer have set rituals that preserve our tribal histories, when the gang we hung out with in school fades away or an elder in our family passes away, we may suddenly sense we have lost an immense and vital part of ourselves. This sense of loss may hit us when , for instance, after the death of a grandmother or grandfather, we find ourselves sorting through old photo albums that go back generations, but have no idea who the faces in the photos belong to. When this happens we, as well as all those who follow us, will have lost our roots.

If one of our dear ones who passes away has written his or her memoirs, that document will be treasured not only by ourselves, but by all of those who come after us. It will be read and re-read, consulted especially when the time comes for us to write our own memoirs.

Memoirs can preserve meaning not only for a family, but also for a social group such as the bunch we identified with as adolescents. Writing your memoirs concerning such groups can yield immense emotional and social rewards. When I was a kid, for example, I hung out with a bunch of guys who were some of the first surfers in our sleepy little West Coast town. Somehow we all got down to the same beach every day, where we surfed, swam, told stories, joked around, and drooled over ever-more-visible areas of female anatomy as bikinis evolved in the direction of mere strings. Most of all, however, we all shared a fanatical sense of passion for riding waves and love for the immense and mysterious ocean in which we immersed ourselves daily.

Most packs and gangs and bunches of kids gradually lose cohesion and evaporate. However, if someone in the group writes his or her memoirs, it can bring the group back together again, even decades later. Almost everyone in my group of surf pals, for instance, would, over the years, run into an old buddy at the beach once in a while, but we never came together as a group again until I happened to write a memoir of our surfing tribe and publish it in the local paper. It was titled “The Snows of Hope Ranch Beach.” After it went to press, the article found its way around the world, to wherever any of us had ended up. The guys began calling and e-mailing each other to talk about the article and the good ol’ days, and before long, on a warm summer day with some nice little ripples breaking on the sand and lots of gorgeous women basking in the sun, we went down to our home beach and celebrated our first reunion. While dining on grilled salmon and chicken, most of realized that these, too, are the good ol’ times. Since that first event, we have continued to meet and our group has become a close-knit one.

Memoirs, then, can be written not only for an individual, a family, or a bunch of friends, but for a corporation, a church group, a yoga group, even a gang. The result will likely be a revitalized sense of community and of belonging that you thought could exist only in your memory.

How to write your memoirs
Memoirs are not a detailed history. Memoirs are more personal and emotional. Memoirs dwell long and luxuriously on those old and golden memories that really brought meaning to our lives. Maybe you can begin your memoirs by having looking through your family albums. Do your children and grandchildren know the names to connect with the faces? Do they know your favorite memories of your youth, the events that really formed your character? Do they know where you went to school, how you met your mate, what was happening on the day they were born, or you were born?

Memoirs are more a chronicle of the heart or even of a heartbeat, than of history. After recalling some of those golden days or moments, jot them down. After a while chapters titles will begin to form, and you can then fill in the details. Writing your memoirs is a great joy. Memory being what it is, the best time to start is now.