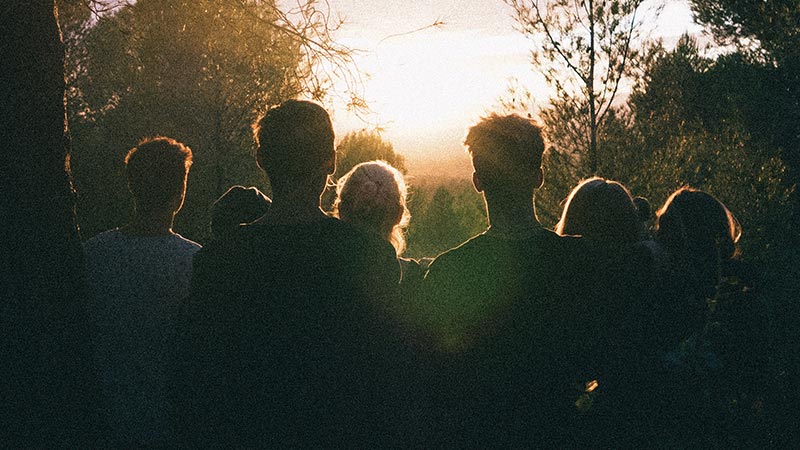 Memoir is one of the most popular genres among first-time writers. What story does one know more intimately than one’s own life? Still, writers who tackle memoirs often do so on the mistaken assumption that such a text might be straightforward and simple because it draws from the material of their own lived experiences. A memoir is much more than a linear enumeration of the events of one’s life or a collection of disparate memories and nostalgic musings. Memoir writing is an art as complex as any other form of creative writing, sitting somewhere between fiction and autobiography. After many years editing memoirs of prominent figures as well as ordinary people, I’ve come up with a few guidelines that can serve any memoir author, whether you plan to self-publish or are hoping to land a book deal.

Conflict: what is the defining struggle of your life?

Conflict is the essence of good story telling. Conflict, in a literary sense, doesn’t just mean “problem” or “opposition.” More broadly, it encompasses an object of desire that the protagonist (i.e. you) is pursuing. The quest for this goal, and the many roadblocks you must overcome en route, is the backbone of the conflict.

By nature, life is a series of trials and tribulations, but the conflict in your memoir doesn’t need to include an exhaustive list of all of these. The best memoirs have a clearly defined conflict that unifies the text and makes the story unique among others.

Think of a memoir as a novel about a real person

The same techniques that make for effective fiction writing work well in memoir. Fully formed characters. A clearly defined conflict against which the protagonist (i.e. you!) struggles. A mastery of sensory and figurative imagery to evoke a scene and make it feel immediate and real. The ability to convey “the big picture” through small details, and let the subtext emerge implicitly and organically, rather than “spelling it out” for the reader. Memoirs should have the structural vision and stylistic flair that readers appreciate in works of fiction. If you want to learn how to pen a good memoir, read well written novels, since the two genres/forms share a lot of ground. The best memoirs are so compelling because they combine the aesthetic refinement of fiction with the intensity and power of real life.

The introduction: start small, then “zoom out”

In any written work, the introduction is key and can make or break your book. The most obvious way to begin a memoir—describing your birth or childhood—is infrequently the best one, so don’t fixate on the mechanical details of the time, place, and circumstances of where and how you came into this world. A life begins with birth, but a story often starts elsewhere. Depending on the focus of your narrative, maybe you don’t need to talk about your birth or early years at all. Likewise, don’t chronicle your elementary school teachers, your childhood friends, or the first street you lived on unless these details are germane to the story.

A good way to begin a memoir is to “zoom in” to a more focused part of the big picture. It doesn’t even have to be superficially important, since in life, as in memoir writing, the mundane, ordinary moments often tell us so much, revealing the significance just under the surface. Begin your memoir with a single unimportant day, an anecdote, a conversation, a symbol, or something else that has a significance unto itself but is part of the larger whole.

Also bear in mind that the introduction doesn’t necessarily have to be the chronological starting point of the story. An effective technique you’ve surely seen in books and film is the flashback introduction: begin the story in the middle of the action, revealing just enough to hook readers and give a sense of the conflict that is to come, before “flashing back” to the beginning. It will make the eventual “return” to the introductory scene that much more satisfying.

Characters are just as important as events

A common error I’ve observed in manuscript drafts I’ve edited is a preoccupation with life events, both big and small, to the exclusion of “characters.” Yes, “character” usually implies a fictional person, but in memoir writing since you should think of the people whom you write about in your memoir as characters (see Tip #1). In its most egregious form, the excessive focus on narrating events amounts to a stale, blow-by-blow chronology of one experience after another. This is a list of linear events, not a narrative.

In other words, when putting your own life on paper, think not only about what happened but who happened. These characters are the meat and bones, the emotional heart and soul, of a memoir: the allies, rivals, lovers, family members who populate your existence, as well as the various bit players who come and go but whose intersection with your life has some ephemeral significance. What really counts is not so much what you’ve done but who you’ve known. This is probably as true in life in general as it is in memoir writing.

When thinking about characters, it helps to think in terms of relationships, which are what give shape and meaning to your experiences. You’re the main character of your memoir, so think how other people have impacted you. They’re a mirror held up in front of your own life.

Focus your story; don’t try to tell everything in one book

A memoir should not be an autobiography. It’s not a complete, factual narration of your experiences from birth until present; rather, it should focus on a limited timeline or aspect of your life. Carve out a more circumscribed, finely honed narrative from the massive marble block of your life. Find an angle, and focus on that. It’s okay-even preferable-that whole years or decades of your existence may be excluded from the manuscript. Less is more-that’s a mantra I say often to my clients because it strikes at the heart of good writing of any genre: saying as much as possible in the fewest words necessary to tell what needs to be told.

Consider, for example, Wave by Sonali Deraniyagala, a poignant memoir that focuses on the author’s struggle with grief after losing her family in the 2004 Asian tsunami. Or Tobias Wolff’s In Pharaoh’s Army, which chronicles the writer’s disillusioning experience as a young soldier in Vietnam. These books pack a lifetime of emotion and narrative into a single narrative based on a limited scope and timeline.

Dialogue is criminally underutilized in the memoirs of first-time writers. But think of the immense and variegated role speaking to others has played in your life. The side-splitting jokes, the professions of love, the life-changing confessions, the bitter exchanges shot through with a subtext of mutual animosity. And we’re just talking about what has been said. Consider the silent power of the unsaid, the awkward pauses and the tense silences and the secrets that remain a secret. Dialogue is a powerful device for imbuing interactions between characters with immediacy, intensity, and intimacy. Dialogue also makes characters more vivid by allowing them to speak in their own voice. Instead of merely narrating a key moment in your memoir, consider how relating the incident with dialogue would invigorate the text and add to the narrative.

Use sensory imagery to bring memories to life

Inexperienced writers of memoir (and fiction too) often get so caught up in the narrative nuts and bolts of “what’s happening” that they overlook the finer details that imbue a scene with life and evoke a bygone time and place. Call it the “stop and smell the roses” approach: as you write, think carefully about the sensory experience of the moment you’re describing. We have five senses, so use them all! Sight, in life as in writing, is the most powerful sense (psychologists call it “visual capture”), but describing the other four senses also adds depth and vividness to your prose. “Olfactory imagery” (sense of smell) is especially effective in memoir writing because of the unique power of scent to lift memories to the surface.

Keep your finger on the pulse of the market

Starting in the 1990s and continuing into the twenty-first century, the literary world experienced a boom in the number of published memoirs, many of which were commercial and critical hits (and many more of which have been consigned to forgotten spots on crowded bookshelves and second-hand store bins). Some critics have connected the rise in memoir to other predominant modes of self-expression and self-exhibition: blogging, the personal essay, Instagram, etc. Whatever the reason, it’s useful to consider recent trends and think about where the genre is heading.

The tricky part is producing something original that’s also universal enough to appeal to readers. The market is somewhat saturated with illness recovery stories and drug addiction chronicles and tales of family strife. On the other hand, these stories are popular because readers respond to narratives of struggle, redemption, hardship, and weighty matters of love and death. Such themes are perennially significant, have been since the dawn of humankind, and transcend mercurial literary trends even if it’s easy to dismiss as familiar or “cliché” yet another thirty-something’s self-deprecating story of substance abuse. You don’t have to reinvent the wheel; just find a fresh take, a new voice, a unique story. Keep your finger on the pulse of market trends, but recognize that some topics will always resonate with readers. A good story with vivid characters and a clear conflict never goes out of style. 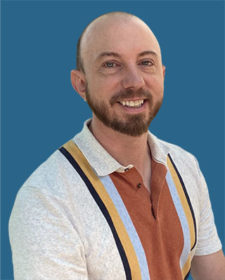