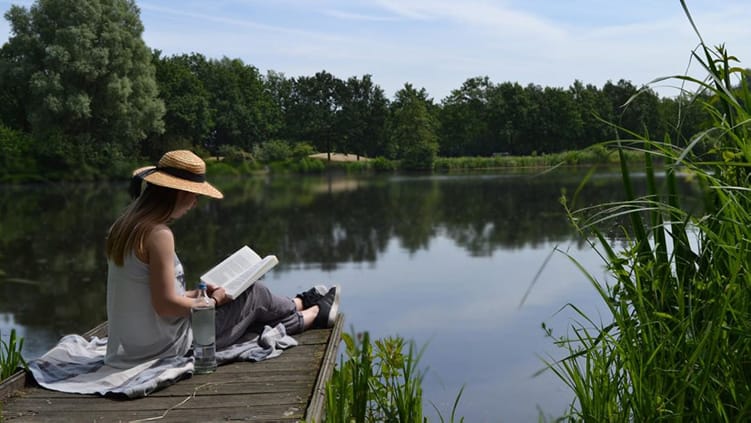 There are three reasons to self-publish a novel:

(1) You don’t want to go through the rigmarole of pursuing traditional publishing.

(2) Your novel blends genres, or otherwise falls outside enough conventions to not meet the criteria of traditional publishing in any category, so it’s best off finding its own market.

(3) You have traditionally published your book, it has completed its contract, and you are either given back your rights without consultation, or you opt out of renewing them, and decide to re-release the book yourself.

My self-publishing journey: A case history

My first novel was put out by an ebook-only, multi-category publishing house. When it came off contract, I really-really wanted a print copy I could hold in my hand. Had I hung in there with the publisher, the option would have come available; but I didn’t know that at the time, so when I got my rights back, I created my own little company and published a print-on-demand paperback through Lightning Source, later releasing an ebook version through BookBaby.

Seven years have passed since then, and I’m in a position to repeat the process with my second novel. It was originally published in print and ebook by a romance-only house. But my potential audience lies beyond that community, and I want another crack at reaching those readers.

In the seven years since I re-released my first book, the publishing industry has changed a lot. I have more options, more tools, and more resources than before. As well, those years have dulled my memory of what I did to produce the first book, making self-publishing a second book feel like a brand-new adventure.

Self-publishing is also an option for my third novel, which is still in manuscript form. It falls squarely in the cracks between conventional genres, and contains some politically and socially sensitive material. I doubt I’ll find a traditional publisher willing to take it on, so I’m best off publishing it myself.

But that’s down the road. Right now, I desire to get my second book back into readers’ hands.

Book two is what I call a “horsey romance”: a traditional girl meets boy, girl loses boy, girl gets boy formula set in an equestrian environment.

My publisher promoted it to a dedicated romance audience. Those readers who happen to like horses responded positively to the story. But neither the publisher nor I put any effort into reaching what I believe is my true audience—readers in the horsey set who also like love stories. That’s a reverse equation.

To market my book to this audience, the first thing I had to do was create a new cover. The one used by the publisher is under somebody else’s copyright and I am not allowed to reuse it. Indeed, the moment the book came off contract I had to remove the cover image everywhere I’d posted it independently, such as my own website and author support or marketing sites. The publisher took down the book on their own site and on Amazon.

That left my story unavailable to any potential customers until I could repackage it. Doing so, however, is not a speedy process. Perhaps it is if you can work at it full time. I have a day job and a complicated life, and do not rely on my books to support me with their earnings. My goal is to keep them alive, whether I sell zero or a million copies. These works are my personal artistic legacy. Thinking of them that way lets me indulge in my own tastes in a way you can’t do when tied into a contract. Having no restrictions is wonderfully liberating!

What I recall most vividly from the first self-publishing venture is the creative freedom it granted. Since my book already had a traditional run, and I’d played by the rules, and all had gone well, I felt released from any conventional obligations for the second iteration. I could do whatever the heck I wanted on my own time and dime. And I did.

The same conditions apply to the second book. Initially, however, I planned to walk the same path as when it was traditionally published. I would just find the closest-to-the-original cover image, slap it on the unchanged book, and put it back out there.

This simple plan required hours upon hours of searching through stock-photo websites—or else commissioning my own cover photo. The dollar difference between these options can be extreme, so I invested the time in exhaustively exploring every option in the stock-photo resource.

Stock photos are the most affordable cover option for indie authors (unless you are a professional photographer or artist). The range of images and costs is impressive, but not prohibitive, and sometimes the right image is free. These photo sites are repositories for the advertising, marketing, publishing, greeting card, and calendar businesses, among others. The photo rights are most commonly purchased by graphic designers and marketing departments. And, oh yeah, small presses and indie authors.

Here are the stock photo sites I visited:

There are many more, but these overwhelmed me with choices. I soon learned you have to fine-tune your search keywords to find suitable images and reduce the time spent scrolling through pictures you’ll never use.

I also discovered that the same images often appear on multiple sites, at different costs and licensing conditions. So if you narrow down to a few, you need to compare the fine print before buying.

Given the thousands of images to choose from, I thought I would easily find something within my budget. Instead I found hundreds of not-quite-right images, with the best one available from only one source, and beyond my dollar limit.

With a sigh of resignation, I undertook winnowing my short list. That meant more hours of scrolling and comparing, then engaging my writers group to help me select. Their opinions, predictably, were not unanimous. I knew the decision belonged to me, but I couldn’t make it without a push from some direction or other.

Then came the surprise. One evening, checking into Facebook after a long hiatus, I found the perfect image for my cover. It differed dramatically from what I’d been perusing on the stock-photo sites, but it captured the horse that’s a key player in my story. I stared and stared, then backtracked through the links to find the source image.

To my dismay, it belonged to an independent photographer in Eastern Europe, and all text on her website was in a foreign language. I live in the United States and only speak and read English.

Worse, I couldn’t even download a thumbnail with a watermark across it, something available through the stock-image sites, which lets me dump all options into a folder and study them later, plus share with my support group to discuss.

Logically, I should have dismissed this option. Instead, it haunted me—and inspired a string of questions and options previously unconsidered.

Self-publishing means not giving up

One of the luxuries of self-publishing an established book is the opportunity to revisit the whole package and improve it. Seeing the amazing image of just the right horse shifted my thoughts from what category I thought the story belonged in, to an evaluation of what the story really is. I began thinking of new titles that fit the image, not images that suit the title. That simple inversion made a huge difference in, well, everything.

For starters, it unleashed a fresh exercise of photo exploration. Also, I lay awake at night brainstorming new titles and subtitles, and during the day badgered my support group to help. It didn’t take long to exhaust their enthusiasm. One writer’s obsession is another one’s exasperation!

My obsession, however, drove me back to the foreign photographer’s site, where I dug down until I located how to read it in English. Aha! The photographer not only speaks three languages but also licenses rights to her work for many forms of publication. That led me to the contact form on the website, through which I sent off a description of my project and request for information.

The request didn’t go through. Three times, as soon as I hit “Submit,” I got an error message saying the inquiry did not get sent.

Further exploration turned up an email for direct inquiries. I typed my message yet again, and this time it didn’t bounce back.

Eight hours later I received a reply. Wow! But not quite success. The photographer was traveling and would not be home for another week, at which time she would address my inquiry.

Based on experience with my first book, I assumed a private licensing arrangement would cost much more than a stock photo and exceed my budget. Thus assuming defeat, I returned to Plan A. The almost-right stock photo I had previously identified would do the job, leading me to reread the fine print. The price was an ouch, but I could swing it. Time to commit!

Which I held off doing until I heard from the European photographer.

There was plenty else to do while waiting, such as researching and deciding on which self-publishing channel to use and learning how to format my manuscript for it. There are so many options now, it’s hard to select the right one. You really need to know what you want from publishing before you can make sensible choices. Too, you need to know what size image to purchase for the cover, as it can make a difference in cost. I am fortunate in that one of my best friends is a professional graphic designer who can advise me.

I had everything mapped out by the time the photographer returned from her travels. And here came surprise #2. She was open to licensing her photo to me, and she beat the price of the stock photo I had selected!

Still, it wasn’t an easy choice. I could play it safe and easy by reiterating what I’d done before, or try something new and quintuple the time and work involved. Changing cover concept means changing the title along with details in the text, and overhauling my marketing plan. I needed to nail my priorities and get down to business.

I knew which cover I wanted but still felt the need to justify it. Once again I enlisted my support group, showing the image pair to ten people and asking them to specify which one appealed to them more. I didn’t care why, I only wanted their knee-jerk reaction. The results were about even, but some responders muddied the waters by qualifying their opinions.

The opinions that mattered came from the horse owners. For them, there was no choice involved: the European horse image was it! They didn’t even consider the stock photo. Not only were they decisive, they were also vigorously enthusiastic. The non-horsey people might have favored one image or the other, but their reactions were all lukewarm.

This told me all I needed to know. In my cover experiences with one nonfiction book and two novels published, plus one of those novels re-released independently, nobody has ever shown a fraction of the zeal for any image options as the horse owners did for this one. I would be a fool if I didn’t hear the message they signaled so loud and clear.

I heard their message. I purchased rights to the photo. And then had to turn it into an actual cover.

Later parts of this story will describe working with a designer, choosing between self-publishing options, and the steps involved in selecting metadata and other elements.