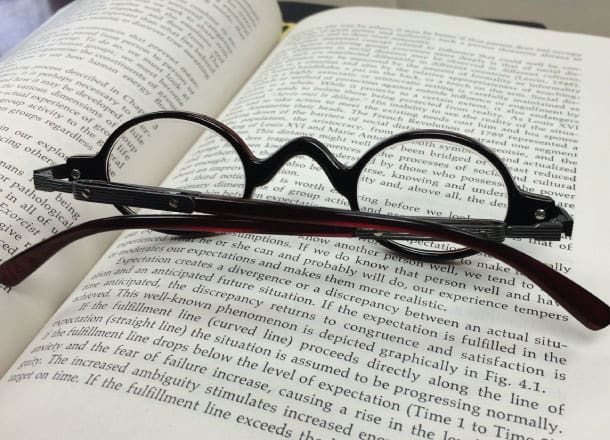 Before focusing full-time on editing, I reviewed books for, at various points, Her Circle Ezine, Kirkus Indie, Publishers Weekly, and ForeWord Reviews. And long before that, I was one of those readers who took so many margin notes that every book looked like a more chaotic, ink-smudged Norton Critical Edition.

While book reviewing calls on a more systematic, less subjective approach than marking up a book for personal gratification, all of the basic elements literary critics look for revolve around the same endpoint: what kind of experience the book will provide a reader. And to determine that, there are a couple essential questions reviewers tend to ask themselves.

Does The Book Fulfill Its Goal?

The main distinction between approaching a book as a conscientious reader and as a reviewer is that the latter has to weed out subjective opinions. It’s a writer’s nightmare to think of a carefully crafted period romance being ripped to shreds because the reviewer doesn’t dig that lovey-dovey stuff. One simple way that reviewers can effectively sideline their druthers and focus on a fair analysis is by asking: Does this book accomplish its purpose?

This has a few implications for writers: First, the importance of knowing what you’re trying to do with your book is hard to overstate. Some writers do manage to craft from a feeling and work organically and, voila, a heartbreaking and eloquent work results. When a writer is truly directionless at the helm, however, it shows-there may be long passages of beautiful description and snappy dialogue, but there will likely also be confused stretches in which various themes and genre influences come together in a way that’s more collision than harmony.

If you’ve ever heard a reviewer mention that a book or movie “couldn’t decide what it wanted to be,” this hints that the writer probably didn’t have a clear, integrated idea of what the story should accomplish before writing it.

The fact that reviewers look for coherence and loyalty to theme in a book doesn’t have to restrict a writer’s creativity in the least. There’s little more delightful, for a reviewer or a recreational reader, than to discover a book with a wildly out-there premise, one you’d think would fall on the sharpness of its own witty idea, that works—showing the writer’s mastery of a suite of techniques, continual attention to the heart of the story, and ability to grow the opening theme through interlocked scenes in a logical and satisfying structure.

And speaking of structure . . .

Does The Structure Make Sense?

When you think about what all is involved in outlining/plotting/structuring a novel well, it’s astounding to think that there are writers who do it more than once. Some use spreadsheets (rock star J. K. Rowling, for instance) while others make what appear to be maps of sheer lunacy via sticky notes on the wall; regardless of the method used, the result needs to be a structure that provides for the ordered roll-out of all important story pieces, and which is appropriate to the goal and theme of the story.

Reviewers will red-flag times where the story loiters in a given scene or sequence longer than necessary in a way that produces a draggy feeling and could send the reader’s eyes sneaking ahead in search of a section break. Also, the usage of two or three scenes to convey what could have been more powerfully and efficiently established in a single integrated scene. Also, a plotline that makes it difficult for the reader to gain firm footing in the story—unless it’s germane to the story’s ambition to disorient the reader (that “unless” tracing back to the idea of whether a book accomplishes its ambition).

While there are many specific elements of storytelling (characterization, dialogue, originality, a fresh approach to language, etc.) that reviewers look for, a story fulfilling the individual goals indicated in its early pages, largely by virtue of structure, is the “overall” strong point that literary reviewers seek. An experienced literary editor can help you clearly define the goals you have in writing your work, and to ensure that your story—from its structure to the particular metaphors employed—proceeds naturally from those goals.