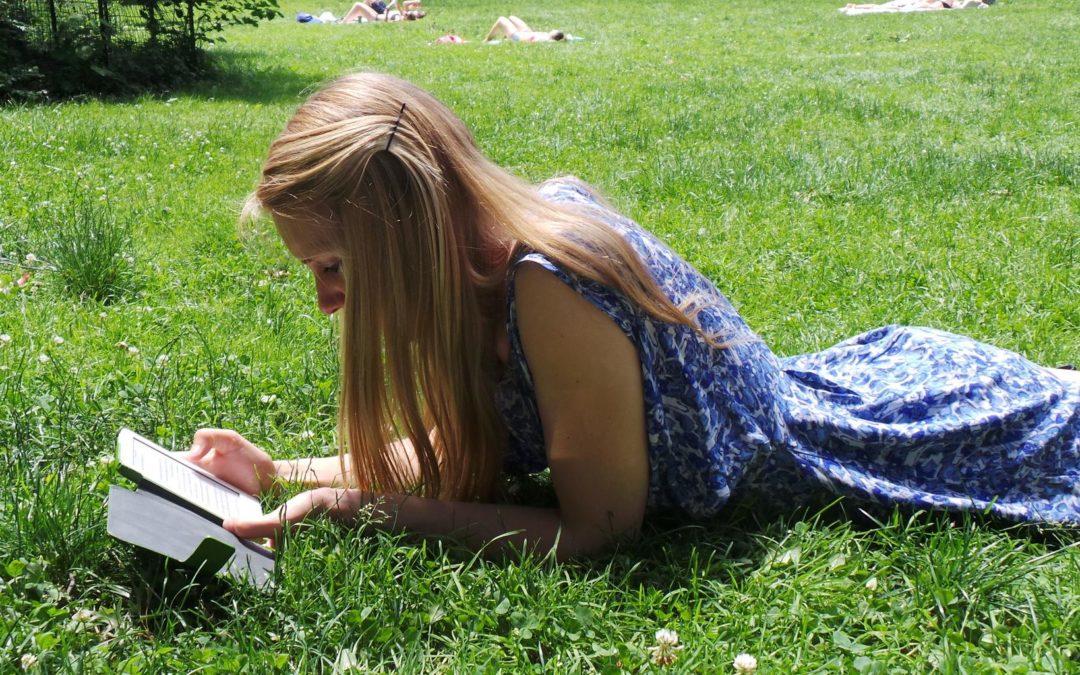 She was able to create a short list of her favorites even though 2018 was an extraordinary year for young adult novels.

Her picks for the best young adult books published in 2018 are listed below.

********************
Join our Facebook group, and let’s talk books.
********************
The Poet X, by Elizabeth Acevedo. Best debut novel. Best verse novel. I’m a sucker for hard-edged Young Adult tales that tell of awakenings of faith, grit, determination, and poetry set within a New York City backdrop. As protagonist Xiomara Batista herself would say: “It’s beautiful and real and what I wanted.” For deep readers of any age, this is an extraordinary debut novel written entirely in verse.

Sadie, by Courtney Summers. Best structure. The alternating POVs between Sadie and West McCray’s podcast was an original element, more so than two characters simply having alternating POVs throughout the story. This is an emotional read, with many shocking moments, as Sadie searches for the truth about who murdered her sister, Mattie. There is even an accompanying podcast available on iTunes now, making the structure stand out all the more.

Emergency Contact, by Mary H.K. Choi. Best romance. Most relatable story. It’s hard not to fall in love with vulnerable characters such as Penny and Sam. This romance isn’t smooth and tidy, it’s more a mess of awkwardness when the two cross paths, and that’s why the best way to keep romance alive is via texting. This is a truly relatable read for teens in the society we live in today where it is pretty much always safer to be yourself digitally.

Dread Nation, by Justina Ireland. Best new world. Although this might still be set in America, it is certainly not the America of right now. Jane McKeene lives in a world where the dead have risen from the Gettysburg battlefields. Although zombies may be a popular phenomenon that have been around for many years now, the Civil War zombies certainly have not yet been explored, nor the training that students must undergo to combat them. Jane’s rise to action in this captivating new world is a story to get lost in.

What If It’s Us?, by Becky Albertalli and Adam Silvera. Best dialogue. Best author collaboration. Best LGBT read. Two well-known and extremely talented authors have come together for this smart and fun story that is full of emotion. As Albertalli and Silvera are both known for creating vivid characters with distinct voices, the dialogue in this collaboration definitely did not disappoint. Arthur and Ben are quite different characters yet entirely relatable and the interactions they have with each other are both swoon-worthy and heartfelt.

Kingdom of Ash (Throne of Glass), by Sarah J. Maas.Best hero. Best sequel. This is the last book in the THRONE OF GLASS series and Aelin risks everything for her people. Though she is locked away, she never stops fighting, showing tremendous will during periods of torture. With Aelin captured, it’s now up to the other heroes in this story, Aedion and Lysandra, to save their land and their people. The series has been crammed with heroes and anti-heroes, right up to the conclusion of this final book.

The Hazel Wood, by Melissa Albert. Best suspense. This is a fairytale for the new ages, and a dark one at that. Alice finds herself in the famous world created by her grandmother for her fairytale novels, one which she can’t quite believe really exists. She had tried to avoid the hype around the world of Hinterland in the books, but now that her mother has been taken by one of the characters, Alice is forced to explore this dark, magical world. Albert excels at suspense building more and more along the way.

A Very Large Expanse of Sea, by Tahereh Mafi. Best historical. It might be strange to think of such a recent time as a historical, though 9/11 isn’t quite as recent as an older generation may feel. This is set in the year after 9/11 where Shirin, a Muslim teen, is facing tons of backlash and cruelty due to her faith and recent events. The story creates an empathetic angle that hasn’t been done much in relation to September 11th and shows how damaging profiling can be, and what it takes for one girl to heal in a different way than the majority of America.

Dear Evan Hansen, by Val Emmich with Steven Levenson, Benj Paseck, and Justin Paul. Best adaptation/book inspired by another source. Best creativity. This story was originally created as a hit Broadway play, which was then written as this beautiful, moving novel. The story explores the gray area of when it is okay to lie or if honesty really is the best policy. The fact that the novel was adapted from a musical theatre stage work shows imagination and execution, even if the core story was already in existence. Bringing it alive in this form was an undeniable creative feat.

After the Fire, by Will Hill. Best despicable character. Father John is a character who is easy to despise. He has lied to, manipulated, and abused Moonbeam and an entire community. This story is painful and emotional, told in a structure of alternating timelines before and after the fire, where Moonbeam must now learn to live Outside. It is a fascinating work that explores mind control manipulation to an extreme level; that Father John uses religion for his motives makes him even more sinister.

The Rule of One, by Ashley Saunders and Leslie Saunders. Best dystopian. Best action. In a near-future world in which there is a rule of only one child per family, it is clearly a violation of policy for twins Ava and Mira to exist together. The thing is, no one knows they are twins because they lead an interchangeable life day-to-day, a secret that their father, Head of Family Planning in Texas, has helped them keep. But when their secret is exposed, they are thrust into an action-filled adventure where they must fight to stay alive.

The Cruel Prince, by Holly Black. Best courageous character. Jude is a truly brave character, vividly drawn. She is willing to risk her own life for what she believes in and for the ones she loves—her sisters. If she wants any hope in saving the land of Faerie, she must defy Prince Cardan and face his wrath, which she is courageously willing to do in this thrilling fantasy.