The “Big 5” Trade Publishers and Their Imprints 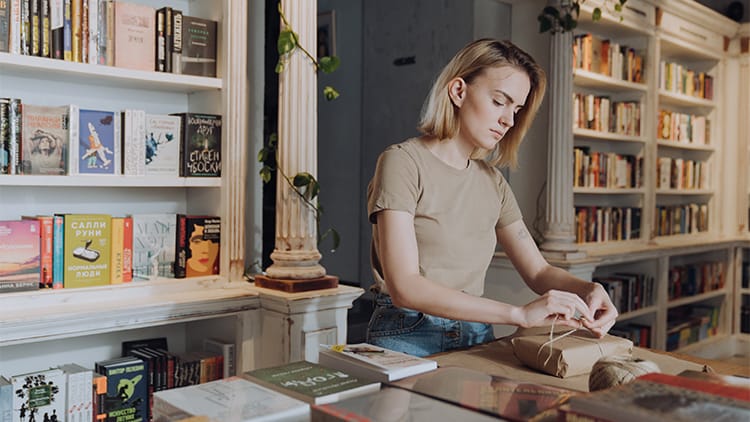 Plus Several Additional Major Publishers in the Industry

As the publishing industry is rapidly changing every year, even every day, here’s a look at the publishers that remain at the top, as well as other major publishers beyond the “Big 5,” which may now be the “Big 4” (one now very big indeed) with the surprising sale of Simon & Schuster to Penguin Random House, but it’s too early to know exactly what this changed landscape will look like. Perhaps there will be room for another publisher on this list to claim a spot in keeping the “Big 5” as just that, or perhaps Penguin Random House may take over the publishing world more than ever before, leaving little room for others to rise up the ranks. The latter seems more likely as Penguin Random House is now estimated to have about thirty percent of the U.S. book market.

Here’s a look at the most current breakdown of the major publishing houses, their notable imprints, and a brief history of how they came to be and where they are now.

We will just have to wait and see where they are headed, however, as the scene of publishing alters more every day.

“Big 5” publisher. Founded in 1924 initially, Penguin and Random House merged in 2013 to create the current incarnation, and now the company is getting even bigger with a recent acquirement of another “big 5” publisher—the most surprising news we’ve seen in the publishing industry in a long time, if not ever.

Now, on to the notable news about Penguin Random House:

They have purchased Simon & Schuster! ViacomCBS agreed to sell the company that has been around for ninety-six years. Now combined with Penguin Random House, the new company is being referred to as a megapublisher. Penguin Random House was already recognized as potentially the biggest of the 5 major houses, and Simon & Schuster was recognized as the third largest in terms of sales and revenue. This deal took place in November 2020 for an estimated $2 billion. Simon & Schuster was first put up for sale back in March 2020 as the first wave of the pandemic hit. The deal has yet to be finalized, and both companies are protected in the case that it falls through. Assuming the deal is executed, this could greatly reform the publishing industry as we know it. There will now be 4 big publishers to pitch instead of 5, and PRH will be a clear front-runner, shrinking the other major publishers.

About Simon & Schuster before the sale agreement to Penguin Random House:

Simon & Schuster was founded in 1924. As of 2016, they were the third largest publisher in the United States.

Some of their notable imprints include (it is still too early to know the ins and outs of how PRH and S&S will be redesigned in terms of imprints and the merge):

“Big 5” publisher. HarperCollins was formed in 1989 through a multi-company merger.

“Big 5” publisher. Founded in 1843. The current embodiment of MacMillan was established in 2015 after company merges took place.

Original bookselling business was purchased in 1832 by Ticknor; Fields later joined as a partner. Houghton purchased his own publishing company in 1864, Mifflin joined in 1872. Ticknor and Fields’ company merged with Houghton and Mifflin and it continued to morph over the years from then on with new leadership and partners. HMH is the leading textbook and instructional materials publisher. They also publish a variety of fiction and nonfiction for children and adults.

Founded in 1920 as a magazine initially, they went on to publish their first book in 1926. Scholastic is mainly a children’s book publisher, as well as educational texts, and their notable imprints below are dedicated to publishing books for kids.

Mainly an instructional and academic publisher. Founded in 1807 and was the first publisher of authors such as Melville and Poe.

Mainly publishing journals of an academic nature, it is the largest university press in the world. They also publish updated editions of literary classics not initially published by Oxford. Founded in the sixteenth century.

Founded in 1991. Publishing children’s books for all ages, as well as adult titles. Disney Publishing Worldwide is the publishing subsidiary of The Walt Disney Company.

Founded in 1949. Publishing a broad range of genres. Sterling Publishing was acquired by Barnes & Noble in 2003.

Founded in 1949. They were the first publisher to specialize in art and illustrated books, having expanded across genres since.

Publishing is Changing all the Time

We have already seen the indie publishing world take off in popularity. Authors that might not have otherwise had a chance can publish their books in one click now without needing permission from the “gatekeepers” known as agents and publishing houses. However, those that are published with the major publishers have a much greater chance of being seen and heard by larger numbers of people, and that speaks volumes about these publishing houses. There is a reason they have stuck around and have dominated for decades upon centuries. Even with the sale of one major publisher to another, and constant merging, fluctuating, and shifting, one thing is clear—the biggest publishers aren’t going away.