7 Essential Features That Every Villain Must Have 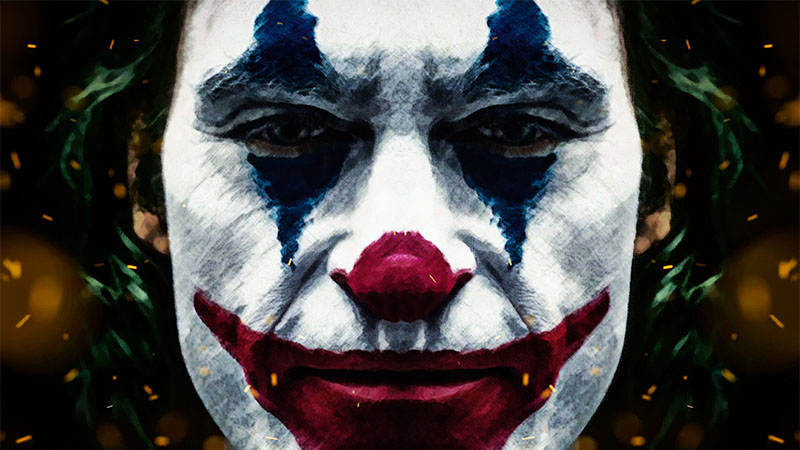 Not only are they the villains of the stories in which they appear, in virtually every case, they are far more memorable than the heroes who oppose them. They’re more powerful—at least at first—more determined, more resourceful, more relentless, and, despite their evil deeds, more charismatic.

All of us are capable of recognizing a good villain when we see one, but what is the secret to creating such a compelling figure?

As different as the above-mentioned characters appear on the surface, all great villains share a few qualities in common. Once you understand what they are, you’ll gain a deeper understanding of how to create such characters and be in a better position to diagnose what isn’t working about your villain and how to fix it.

This is perhaps the most obvious characteristic of every villain. Typically, villains are obsessed with three main things: 1) power, 2) wealth, and 3) revenge.

Many times, these obsessions intersect. For example, Syndrome, the main antagonist of The Incredibles, started out as a kid who wanted nothing more than to be a sidekick to Mr. Incredible. However, when his offer is coldly rejected, he devoted his life to gaining wealth and superpowers of his own, so he can get revenge on Mr. Incredible and every other superhero.

The key point is that villains will stop at nothing to reach their goals. A villain’s obsession is usually what sets the story in motion, requiring a hero to rise up and try to stop things before it’s too late.

The best villains harbor a deep, dark secret that they have spent their entire lives trying to hide, possibly even from themselves. Secrets build intrigue. That’s why concealing your villain’s secret for most of the story is paramount. It’s OK to hint at the villain’s secret as you go, but never pull back the veil completely. Sometimes the villain may use his or her secret to gain sympathy from the hero, perhaps in an attempt to recruit the hero to the dark side. But when that invitation is rejected, the door of vulnerability is slammed shut.

Incidentally, this is one reason why the Star Wars prequels drive me crazy—they don’t just break this rule. They destroy it!

Darth Vader worked best in Episode IV when he arrived on the screen fully formed with no explanation about who he was or how he got that way. All we knew was that this guy was big, bad, and powerful, and anyone who dared to stand in his way was doomed.

As a kid, I was obsessed with knowing more about Darth Vader’s backstory and getting a peek at what he looked like under that suit, but I was 100% fine with not knowing those details because it was far more fun to imagine it than to see it. To spend three entire films showing us how Darth Vader came to be seems like a systematic undoing of everything George Lucas got right in the original trilogy.

As author Erin Morgenstern says, “Secrets have power. And that power diminishes when they are shared, so they are best kept and kept well.”

This is the source of the villain’s secrecy and his or her obsession. This can be a physical wound or an emotional wound, but often it’s both. This is why villains are so often disfigured or scarred in some way. Darth Vader arrives on the scene in a life-support suit. Lord Voldemort’s skin is white and his face horribly distorted. Even the mask that Hannibal Lecter wears when he first appears in The Silence of the Lambs fulfills this function. Mother Gothel in Tangled goes in the opposite direction. In her case, the magic power of Rapunzel’s hair masks Gothel’s ugliness.

From a dramatic point of view, the wound, scar, or distorted appearance makes the villain more intriguing. Frequently, the physical wound occurred in the midst of a damaging emotional experience. For instance, Darth Vader was nearly killed when his mentor betrayed him—at least that’s how Vader saw it. Voldemort was disfigured when he delved too deep into the dark arts in an effort to prevent a prophecy about his defeat from coming true. In each case, the wound occurred in a moment of weakness, so the villain becomes obsessed with keeping that moment a secret.

Their obsessive quest for power, wealth, and revenge is often a way of ensuring such a moment of weakness never happens again.

#4 A personal connection to the hero

At the start of a story, it may seem like the villain’s sudden appearance on the scene is completely random and that the hero’s call to defeat the villain is just as spurious. But as the story progresses, we come to see that nothing could be further from the truth.

While Luke Skywalker may seem like nothing but a simple farm boy from an out-of-the way desert planet, eventually, we come to see this conflict is really more of a family squabble. That’s because [spoiler alert] Luke is Darth Vader’s son.

The growing awareness of this personal connection between the hero and villain gives the story another layer of depth. In many cases, the villain used to be just like the hero, but then something went wrong. This raises the stakes of the story by suggesting that if the hero fails to complete the journey, he or she risks becoming just like the villain, or worse.

#5 A worthy match for the hero

At the beginning of the story, the mere idea of the hero going up against the antagonist should seem foolish. What hope does a whiny farm boy from Tatooine have of defeating the Empire’s greatest weapon? The villain should seem so overwhelming that all hope is lost even before the quest begins. This creates emotional and dramatic tension in readers and viewers.

It also forces the hero to dig deep, risking everything to achieve victory. One thing that makes villains so powerful is their refusal to abide by societal norms. The rules of decency that constrain the hero, thus limiting his or her options, mean nothing to the villain. Therefore, villains are able to risk huge amounts of collateral damage and sacrifice everything—including the people closest to them—in pursuit of their goals.

Villains often taunt heroes with this knowledge, lording it over them each time the hero fails. This forces heroes to ponder what makes them different from the villain. Why do they practice such restraint? Why don’t they just do what the villain does? It’s this soul searching that eventually allows the hero to arrive at a completely different solution.

In the end, the hero’s adherence to a set of values proves to be a strength rather than a weakness because it enables the hero to bring a force against the villain that she never could have anticipated because the villain was looking at the world in a completely different way.

#6 The villain thinks he or she is the hero

Villains rarely see themselves as villainous. Instead, they see themselves as heroes. Thanos doesn’t want to wipe out half the living beings in the universe because he enjoys killing people. He sees it as a necessary evil to save the universe from itself. He regards his role as a burden that he selflessly carries out for the good of all. In his mind, he is the universe’s greatest savior, not its greatest threat.

This characteristic makes villains three-dimensional. It also makes them just like the hero—just like us. We all see ourselves as the hero of our own story. According to our lights, we see our behavior as virtuous, even though some people may have to pay the price for us to achieve our goals. The only difference between the hero and the villain in this regard is the value structure by which they have decided to live.

The question is, is the villain seeing something the hero is missing? Does the villain’s value system allow him or her to be more honest about some aspect of life that the hero can’t face? Perhaps that’s why the hero and villain need to be brought into conflict, to help the hero see the world from a broader perspective.

After all, no villain is completely wrong about everything. In fact, in many stories, one of the key roles a villain plays is that of teacher. Think of Belloq in Raiders of the Lost Ark, for example. He literally sits down and tries to explain to Indy how similar they are. The only difference between them is that Belloq is honest about his selfish motives. It takes a while for Indy to realize this, but when he does, the energy of the entire story shifts, eventually turning things in his favor, and all thanks to that little teaching session.

Just as the hero is missing a key aspect of the truth, so is the villain. The difference between them is that, eventually, the hero reaches a point where he or she becomes teachable. Villains rarely reach this stage, which is why their lives often end tragically.

This is some sort of weakness that isn’t apparent at first to the hero or to the reader or viewer but that eventually becomes the last hope of defeating the villain. It could be a physical weakness, such as the bare patch on Smaug’s belly in The Hobbit. It could also be a design flaw in a key weapon, such as the exhaust port on the Death Star. It could also be a character quality, such as pride, that leads to overconfidence or misplaced loyalties. Sometimes villains are aware of their Achilles heel, and sometimes they are not.

From a narrative point of view, readers and viewers shouldn’t figure out what this weakness is until fairly deep into the story, ideally at the end of act two. Once the hero realizes what this is, act three becomes a matter of whether or not the hero can exploit the Achilles heel before it’s too late.

A Couple of Bonus Items

Here are two other qualities that make for a good villain are:

A great name: The Friday the 13th movie franchise proves that you can call your villain “Jason” and get away with it. But that’s the exception that proves the rule. Give your villain a name as memorable as the rest of the character, and the character will stick around in their minds forever.

A cool costume: Even if your villain doesn’t inhabit a sci-fi or fantasy world, spend some time developing a key aspect of your villain’s appearance that makes him or her instantly recognizable and memorable.