How to Scare Your Readers | Writing Horror Fiction 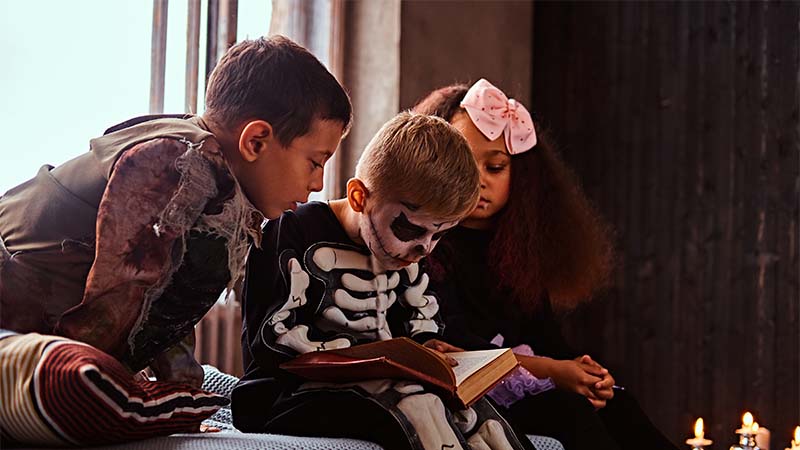 When writing horror fiction, you’re basically inviting strangers to listen as, for hours, you try to scare the hell out of them. And best case scenario, when you’re finished with them, they’ll anxiously await the next time they can pay for the privilege of being scared by you. Honestly, the whole thing sounds like some cultish mind-control . . . horror story. Or like people waiting in line for a roller coaster with “death” in its name.

In writing horror fiction, storytelling’s golden rule. If you get their attention, you better have something to say. If you get their attention, you better send chills down their spine. We’ve all seen Silence of the Lambs. Pennywise has been revived. Hell, a new generation of kids is growing up on Goosebumps and, now, Five Nights at Freddy’s. And then there’s CNN. Suffice it to say, your average modern consumer of American media is a little jaded to the same-ole, same-ole scare tactics.

To build an effective horror story-or a thriller, suspense, fantasy/sci-fi, or nongenre literary story with horror elements-it’s important to know how you want to scare your readers, what your main characters are supposed to evoke in one another, and how your basic approach to content should reflect those goals.

What Type of Fear?: Looking at the Hero-Villain Relationship

What exactly do you want your readers to feel? Should they be set on edge/nervous about the unknown? Terrified of how a known diabolical horror will be applied this time, to Character X? Afraid of time running out? Incrementally and subtly terrorized by a force that reveals its destruction in spread-out scenes and with stealth? Scared of a person, creature, or force that seems so completely unhinged that the worst of the worst is practically guaranteed?

If you don’t find the answers coming easily, it may help to refocus on two of the main pieces of any good pulse-pounder: the protagonist and the antagonist. In horror, as in other genres, their relationship boils down to what they bring out in one another. In one of the most prominent classic examples of this relationship, the villain finds the hero to be a worthy opponent-a challenge-and escalates instances of violence and terror in order to “play with” the hero. The hero, in turn, has to manifest a heretofore untapped level of courage, often being cornered into moments of hellish introspection along the way. (As exemplified by one duo that, even as they have played Genre Twister over the years, dabbling in everything from slapstick comedy to slick action to dark thriller, have maintained that basic dynamic: Batman and the Joker.)

In horror, there’s one basic stipulation that goes with their dynamic, whatever precisely it is: the villain should want to scare the hero-and the hero should be scared. It’s very hard to make your reader feel any fear if the protagonist doesn’t. Literary Psychology 101: your protagonist is your reader’s proxy. So . . . well, if that dude isn’t worried, why should I be?
But what type of fear? And what kind of courage does the hero need to break through that fear?

If the hero-villain dance is one of maleficent versus benevolent genius, the hero may be terrified that a mind equal to or greater than his or her own is working for the dark side. And may need to find the courage to trust in his or her own smarts, and to stay calm, in the face of battlefield chaos. If the baddie is a repugnant fanged troop from the army of the undead, the hero’s courage doesn’t necessarily need subtle psychological flavor (though it can certainly be fun to inject unexpected intricacy into a zombie/werewolf/vampire/etc. story); these heroes need the basic courage to confront creatures that can kill them, usually in a fast but disgusting manner.

Should You Go for Gore?

It’s an age-old issue in horror and genres that incorporate horror elements: Do you need blood and guts to sell the fear? And for that matter, does going gore actually make readers’ fear spike, or does it just make them squeamish? For some, revulsion and fear may be sibling emotions; for others, gore is off-putting enough to be a deal-breaker.

When you’ve figured out what you want to make your readers feel, your overall approach to shiver-stirring content should unfold naturally. If you intend for a given villain to be utterly repulsive, so that readers and other characters experience a distinctly visceral aversion to this nemesis, having him shed some blood and then making sure your readers hear him dragging his feet through puddles of it, or retrieving the tools of his trade from the (vividly described) body remains tiling his basement . . . well, I’d certainly be repulsed by that dude.

If the horror vibe you’re going for is more psychological-meaning the physical sensation you want readers to experience is more along the lines of a chill, raised hairs, and gooseflesh slowly taking over the arms gore isn’t necessary. Actually, not just “not necessary.” In these cases, gore is a distraction and any use of it except the infrequent and well-thought-out sort will likely lead to an inconsistent tone that undermines your story.

In Part II of this post, I’ll review the appropriate frequency, intensity, and vividness of “rough scenes” for different types of horror, along with the benefits of focusing on the reactions of other characters in a violent or otherwise scary scene.

It can be difficult for authors to gauge the true fear effects of their own writing. Working with an experienced literary editor can help you determine if your villain is as frightening as you hope, if the pacing of your intense scenes and lighter moments works, and if your hero comes across as courageous, original, and interesting enough.