Not So Black and White: Moral Ambiguity in Character Development 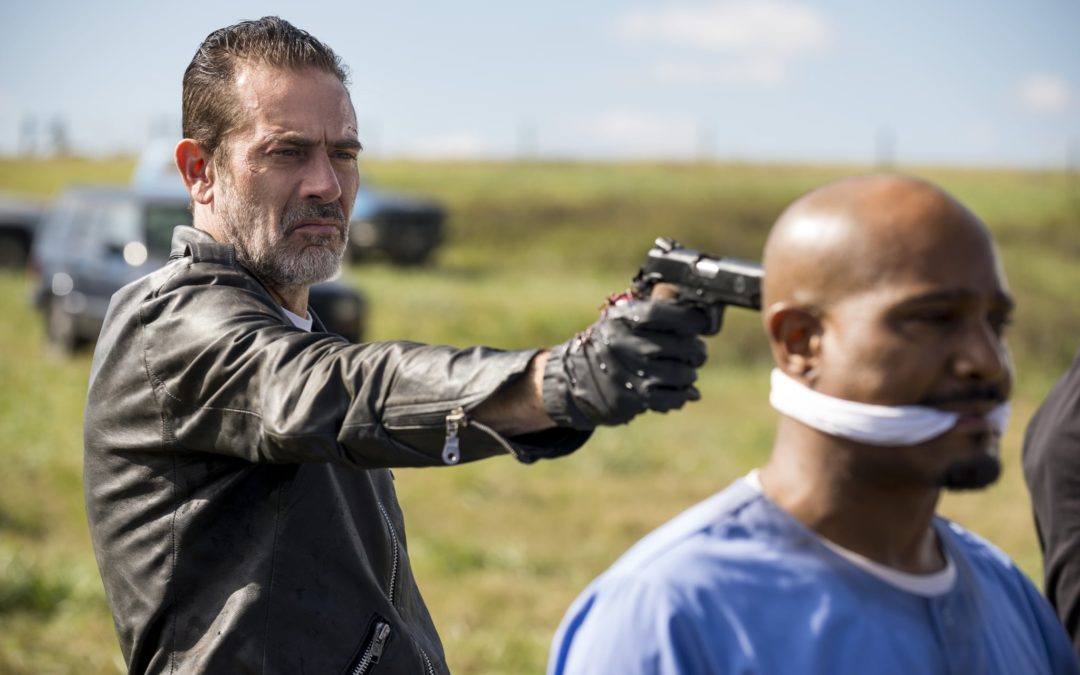 Since time immemorial, armchair philosophers have debated this vexing question, which provokes heated, polarizing answers. But the truth lies somewhere in between the extremes.

We humans are complex beings; our actions are driven by a litany of competing forces, some self-serving, some altruistic, some whose motivation is murky. We hold lofty ideals and fall short of upholding them. We have flaws. We wear many masks, which we change regularly depending on how it might serve us in an ever-changing set of circumstances. This ambiguity is what makes us interesting, and this fact should be reflected in your fictional characters too

Moral absolutes—being totally pure, or totally evil—make for predictable, cardboard-cutout, one-dimensional characters. Not only are such characters dull, they don’t feel “real.” If your character is infallibly good, they’re a superhero. If they’re unswervingly evil, they’re a comic book villain. These archetypes can be fun in the right context, but superheroes and comic book villains belong in, well, comic books (and maybe the occasional Bond flick). Authentic people are defined by moral and emotional shades of grey rather than black and white. Their motivation is hard to pin down: a complex calculus of contradictory impulses.

Why should readers care about what motivates a character?

Well, part of the joy of fiction is that it provides a puzzle (or an assemblage of little puzzles) for readers to figure out. Where is the plot going? Why does she behave the way she does? Is this narrator reliable? What does he really mean when he says one thing but does another? Leaving some uncertainty in the characterization opens a space for the reader to play Freud and ruminate over why a character acts and thinks a certain way. This is why moral ambiguity is preferable to clear-cut absolutes.

In my experience as an editor, I’ve found that protagonists are more vulnerable to the trap of absolutism than other characters. While the protagonist should usually be the most fully formed, three-dimensional character in the book, many writers, perhaps out of a desire to create a sympathetic figure for readers to rally behind, paint with too broad a brush held in too heavy a hand. Their main character becomes a kind of mushy ideal rather than a real person: not so much a protagonist as an empty, protagonist-shaped vessel in which to pour a big, bland premade batch of character glop.

We love to cheer for heroes. But heroism doesn’t mean perfection or infallibility. If you want your protagonist to embody certain ideals, it’s more compelling to test their ideals by challenging them.

The same goes for the other side of the moral spectrum. Nothing bores me faster than an antagonist who is so exaggeratedly wicked that there’s no depth or mystery to their personality. If you want your novel centered around a memorable “bad guy” whom readers “love to hate,” do it with a lighter touch. Don’t just turn them into evil incarnate. In fiction, immorality is much more compelling when it’s mixed in with neutral or positive hues.

Examples of Complex Characters in Fiction

Ambiguity is interesting in fiction because life is ambiguous. Rarely do we encounter someone who is absolutely evil or absolutely good—or absolutely anything, really. Life is a complex, dynamic tapestry of many shades and textures. Glimpse it now, and it seems to be one way, but shift your position ever so slightly and reality reveals a different side of itself.

George R.R. Martin, author of the popular A Song of Ice and Fire fantasy series and creative voice of HBO’s Game of Thrones, is a master of utilizing ambiguity to great effect. Virtually no one in the Ice and Fire universe is perfectly good or evil. The bad guys have a charming, sympathetic, occasionally virtuous side and the good guys like to sin when it serves them. Think Jaime Lannister, who pushed a child off a 100-foot tower but who later stuck his neck out, quite literally, for the virtuous, noble Brienne of Tarth. Or Denaerys Targarean, the exile heroine whose reconquista is philosophically guided by the principle that no person should be kept in chains but who also shows a proclivity for the same kind of power-hungry mania that possesses her rivals. The many-shaded moral nature of these characters helps keep the reader off-balance, keeps us thinking, and leaves us not quite knowing what to expect. That kind of challenge forms part of the pleasure of reading.

Even if you haven’t read much fiction, you’re almost certainly familiar with Batman and Superman, two of the world’s most famous comic book superheroes. They provide interesting contrasts in their moral characterization. (And comic book nerds, please bear with me: I don’t claim to be a purist. I’m speaking with a layman’s knowledge here.) Superman is the consummate all-around good guy, a do-gooder to an extreme, a man (alien, I guess) whose driving purpose is to make the world a better place without transgressing any ethical principles. (I’m speaking reductively here—certainly in the decades-long annals of the Superman saga did he make morally dubious choices in the pursuit of his aims.)

Batman is more nuanced, more complex than Superman, and that’s probably why many comic book and movie-going fans are drawn to him. He’s a more realistic, grounded figure for our age, a person who represents the tricky maze of moral choices that we all must navigate day to day. He’s the “dark knight,” a tortured soul. Batman often finds himself on the wrong side of the law; he’s a vigilante looking after Gotham, but he has his own selfish motives too.

What does all this mean for your own fiction writing endeavors?

First, when developing your characters, don’t paint them in overly broad strokes.

They shouldn’t be totally righteous or entirely villainous; they should exhibit a mix of both. That doesn’t mean you can’t have heroes or villains, but give their personalities a hint of contradiction.

Second, force your characters to make difficult choices whose moral content is not clearly “bad” or “good” but somewhere in between.

Dilemma (whose by-the-book definition is a “difficult choice between two mutually exclusive alternatives”) makes for powerful fiction. Such moments are usually “no turning back” choices that reveal—and also shape—a character’s essence. And they’re especially intellectually and emotionally resonant for the reader if, ethically speaking, those choices aren’t easy: the character must sacrifice one moral principle for another. Or even toss all moral scruples out the window and go with pure, unabashed self-interest. Who knows? You’re the author. You get to choose.

If a character you’re writing seems “flat” or uninteresting, ask yourself: does this person have moral ambiguity? Do they slide back and forth on the ethical spectrum? If not, inflecting them with some nuance or internal contradiction will give them the spark needed to bring them to life. Give your villain a softer side he reveals to no one. Give your hero a moral Achilles’ heel that undermines his greatness. And always keep your readers guessing about what comes next.

How to write characters’ thoughts

• “Show, don’t tell” by expressing characters thoughts through their dialogue and actions.
• English has more words than any other language, so use this expansive vocabulary to capture the nuance of feeling: not just “happy” but “joyful,” “ebullient,” “carefree,” or “content.” Sometimes positive emotions are spiked with negative ones, or vice versa.
• Sometimes characters don’t know even know their own thoughts. Self-delusion is a powerful human trait; reflect that fact when you describe what your characters are thinking.

How to write bad characters in fiction

• Give them villainous qualities, but don’t be over the top. Very few characters are truly, absolutely, irredeemably evil.
• Give characters a softer side. Maybe, like Cersei Lannister, their ruthless, cunning, and occasionally sadistic, but they also have a boundless love for their children.
• Think about your hero/protagonist when you write your villain/antagonist. Often, the villain is a mirror or inverse of the hero.

How to write good characters in fiction

• Similarly, don’t make your good characters so saintly they’re unrealistic. Good guys have flaws too. Consider Rachel Watson from Girl on a Train: we root for her, but she’s a mess, an “unreliable narrator” is every sense of the phrase.
• Good characters should be sympathetic. They should have a clear goal that the audience is on board with and wants the character to achieve. In Cormac McCarthy’s The Road, the father’s devotion to his son in the most extreme of circumstances wins us over—we desperately want to see the two make it to safety.
• Likewise, good characters are often a mirror of the bad ones. They’re similar, but opposite; they might even share some traits. Maybe the same strength the hero uses for good is employed by his nemesis for evil.