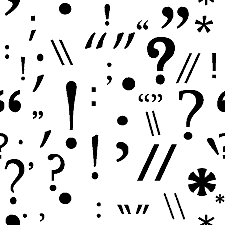 Whenever I receive a manuscript to edit, I automatically change it to a font I find easy on the eyes for the first critique read pre-edit, and looks good for agent submission or self-publishing.

No matter which original font the author uses, Word changes the quotes, single and double, to straight quotes, when it goes from the author’s computer to mine. It’s already bolloxed up before I put it in Bookman Old Style, or even my other favorite, Palatino Linotype, which uses straight quotes, but of a different style from Word’s choice.

I was alerted by an author who was proofing his return book from Amazon’s Kindle people that they were having trouble resetting his now typeset manuscript from a layout artist, because there were both smart (curly) and straight quotes in it.

Hm. Problem. There should have been no straight quotes in it.

I tried mass changing through the Find and Replace function. No joy. Word would say, essentially: No Changes Found. If I put in the character set codes of 0146 and 0148, F&R simply couldn’t see a difference. No surprise; they are the same numbers Word was using to change them. After studying Word’s How-to guides to fix the problem, I knew less than I did before, and I had already tried what was offered as the solutions.

I could hand-change the quotes. It did work. But who in their right mind was going to do that? There can be 50,000 double and single quotes (since these double as apostrophes) in a manuscript. Who knows how many; it depends on the story.

Some of you may already know how I solved it; it was staring me right in the face, really. I copied an incorrect straight double quote mark from the manuscript into Find (just like you might use to find the word “and”). Then typed a quote mark of the font I was using into the manuscript. Once I was sure it was Finding and Replacing the right thing, I selected Replace All (it does both beginning and end double quotes, so you don’t have to do both). Zip, it was done.

Then I repeated the process with the single apostrophe/quote mark with the same method.

Now I only had to be alert to reverting a backward (i.e.: ‘em, should be ’em) single quote mark when needed. Fixing those works like this:

1: Put a letter in front of the incorrect apostrophe (looks like an open single quote)  [x‘em]

2: Go back and put in a reversed (or ending) single quote [x’em]

3: Delete the x and you’re left with an actual apostrophe in front of the word [’em.]

I had a good laugh on myself when I figured out the issue: I’d not ever given the Find and Replace function anything to Replace.