The Serenity Prayer for Editors 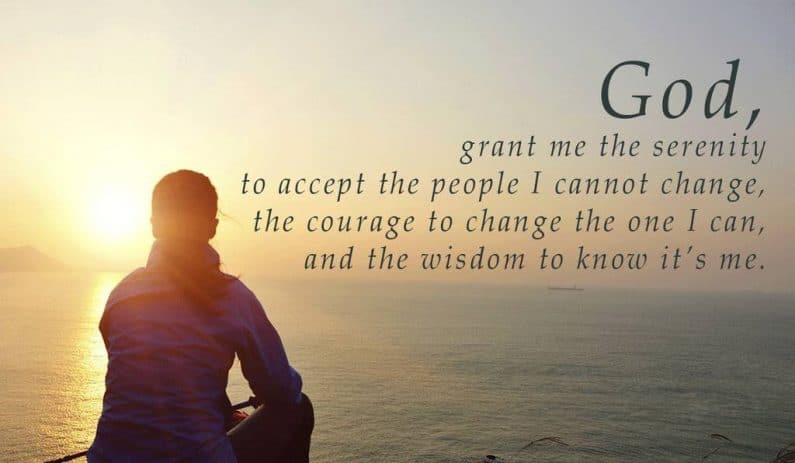 This prayer means something different to editors. I’m not talking about what we editors mutter when we see that the manuscript that we are editing needs more editorial involvement than the parties bargained for. I’m referring to a more common problem, and that’s when we don’t like a word, or a usage of a word, but it’s not incorrect. Sometimes, we mistakenly think that a word isn’t a word when it is, or that what we are encountering is some sort of fresh hell mangling of a perfectly good word when it’s actually been around forever. Or it’s at least in the dictionary.

Consider incent,[2] which is a transitive verb that’s at least twenty years old and means to provide with an incentive. Merriam-Webster gives this sentence as an example of how to use it:

Turnover in this industry is to be expected given that most employees, especially in sales, are incented by stock options,” said Mr. Andrikopoulos. — Kim Cleland, Advertising Age, 5 May 1997

To me, this is corporate-speak. To me, it sounds terrible. But incent is a word, and so the only legitimate professional reason for me to change it in a manuscript is 1) if changing words is within the scope of work and 2) it detracts from the effectiveness of the manuscript. I don’t like it doesn’t count as detracting from the manuscript.

Another one is learnings. Ugh! To me it sounds like officious corporate-speak. It comes from the World of the Endless Staff Meeting. Unfortunately, it, too is a word.[3]

Now, some editors might say that we don’t have any business shuddering at a particular usage, correct or not. That editor might say that my saying unfortunately is wrong. When a person says, “I hate the singular they,” they are told that they have no right to any such feeling.[4] But when we hear some beautiful word or amazing phrase and we say we like it, no one ever says, “Stop having an emotional reaction to words!”—least of all editors, who are always having emotional reactions to words. In fact, I dare say that most of us became editors because we have emotional reactions to words.

So, about that word learnings. Read this: “I look forward to accessing these learnings in the future.” God, doesn’t that sound like a speaker who is bursting with enthusiasm and a passion for learning? Isn’t that exactly what you want to hear one of your students say?

One can’t pretend it has the same impact as “I can’t wait to take that course,” or “I love this speaker,” or, best of all, “I can’t wait for your next course!”

So in that regard, learnings is a word that you, the author, have to be careful of, because it brings that baggage with it. I would argue that using a word without that corporate baggage, that source of distraction, might render your work more effective. But I don’t edit corporate copy where, I concede, the word might fade into the woodwork. And, while I can articulate why the word might cause a problem in some contexts, changing the word to eradicate that word isn’t good editing.

The most I will do is flag it without more. Even though somewhere, someone is saying, “Darling, I am incented to induce you to marry me.” I don’t have to love that, either. But I don’t have a right to ask it to change because I don’t like it.