The Challenge of Writing Good Fantasy 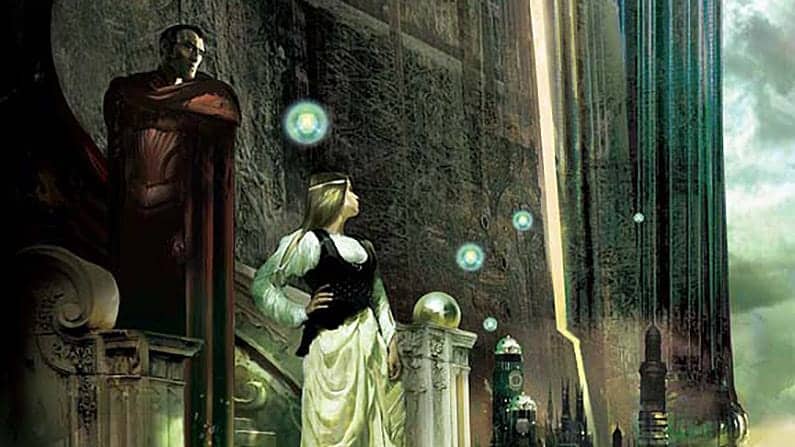 I read a lot, but it’s mostly just for entertainment. It’s not often that I tell myself, “Damn, I wish I could write like that!” and start studying someone else’s work for pointers. In this essay, I’m going to tell you about someone whose work hit me that way, hallelujah! . . . after a brief diversion to explain why this is important, of course.

As a reader and editor (and to a lesser extent, as a writer), I’ve always been drawn to speculative fiction—that is, science fiction, fantasy, and similar genres. Fantasy has been particularly beguiling, because after all, it’s a genre where anything is possible. I once had a friend explain to me that she considers mainstream fiction a subgenre of fantasy for that very reason, and in my opinion, she has a valid argument.

The problem is, most writers (or is it the acquisitions editors at the publishing houses?) seem convinced that J.R.R. Tolkien is the sine qua non of fantasy, and aren’t willing to leave the shadow that his works cast across the genre. For decades, most published fantasy has been little more than riffs played upon the themes Tolkien explored so effectively: swords and sorcery, good vs. evil, dragons, elves, and dwarves, unexpected heroes, artifact quests, hidden royalty.

A lot of it’s interesting, at least when the writers are willing to breathe a little life into the characters. A lot of it’s dreck. Nearly all of it is derivative, right down to the hobbits. For better or worse, most published fantasy has turned into massive doorstop novels, usually trilogies, with not a single original idea between the covers and, in some cases, a distressing lack of characterization and human interest, too. So many words . . . so little meaning.

This is certainly not the case with the work of Brandon Sanderson, who exploded onto the scene with his inventive novel Elantris in 2005. I happened to pick up a copy in a thrift shop a few months ago, and I’ve been hooked on his writing since. In fact, I have no problem paying $25+ for one of his hardbacks — and there are very few writers I can say that about.

Sanderson, who was recently chosen to complete Robert Jordan’s Wheel of Time series after Jordan’s death in 2007, is singular in his approach to fantasy. It’s not just that his books are chockablock with interesting characters; this is common to epic fantasy, and in fact the best fantasy is that which explores the interactions between such characters. Sanderson does this with a deft hand indeed, but his character relationships are always well-seasoned with his unique brand of magic. In fact, most of those relationships are shaped and constrained by the magic and its implications; and that’s what makes Sanderson’s fantasy special.

While it’s true that nearly all fantasy by definition includes magic, Sanderson’s fantasy is noteworthy in that all the magic is based on precise and, above all, unique magical systems, the essential rules of which are carefully laid out and easily understandable by any reader. A particular individual’s powers are never nebulous, as they are in most fantasy, assuming you know what class of magic user that person falls into. For example, with Allomancy, the magical system most commonly used in Sanderson’s Mistborn series (there are two others, we learn later), some individuals can perform specific types of magic by ingesting certain metals or alloys thereof. An Allomancer can either “burn” all known magical metals, or only one — never two or three or eight. Each of those metals does one specific thing. For example, iron allows you to pull against metal objects (in a magnetic sense), while steel allows you to push against them.

These powers let Sanderson’s characters interact realistically within his magical frameworks, with no deux ex machine occurrences to confuse and irritate the reader. There are magical surprises galore, but they’re all based on aspects of well-defined magical abilities, and they all make sense. In Sanderson’s book Elantris, the magic is based on precise manipulation and elaboration of specific magic sigils — which don’t work at all if they’re not drawn properly. In his upcoming book Warbreaker, colors — in varying hues and intensities — underlie a large part of the magical schema.

Sanderson also has a gift for nomenclature. Thus, in the Mistborn series, a person who can burn ingested tin, increasing the acuity of his senses, is called a “Tineye”; one who can burn steel and push against metals is called a “Coinshot,” since they often use coins as projectile weapons. The title of the series refers to an individual who can use all the Allomantic metals and, as it’s later learned, can draw power from the mists that envelop the inhabited lands every night (it’s a long, complicated story!).

Sanderson is one of those writers who enjoys talking about his writing, and he makes no bones about the fact that he wrote five or six books before Elantris was published, most of them quite large. The fact that he didn’t give up, that he kept pushing on despite the initial lack of interest on the part of the publishing houses, is inspirational. At least it was for me; it got me to working a bit on my own latest novel in my, ahem, copious spare time.

Sanderson has also spent a great deal of time annotating his works, including individual chapters of Elantris and the Mistborn series, revealing the various facets of his personal creative process, what was going through his mind at a particular moment, how things changed between drafts, and what he thinks of the final versions. You can find his annotations on his personal website, which not too surprising can be found here. Among other things, he offers also several versions of his latest book, Warbreaker, which you can download and read for free. Not just the final version, which is awesome enough, but older edits of the book, from Version 1.0 (completed in 2007) to Version 4.2 (posted in January 2008).

I believe that any writer who hopes to make a mark in the fantasy field can learn a lot from Brandon Sanderson, whose quiet thoughtfulness has managed to breathe new life into what has become, unhappily and ironically, a rather stale genre. So visit his website often. Read Elantris. Read all three Mistborn books. Read Warbreaker when it comes out. Hell, you might as well read his young-adult Alcatraz series too.

I’m not going to tell you what any of these stories are about; I’m just going to urge you to read them with your mind wide open, so you can enjoy them yourself, and pick up a few pointers on how to write fantasy that’s not the same rehashed fare we’ve had served up to us for the past half-century. Forget the quests for forgotten cities, avoid the elves and dwarves, bypass the dragons and their hoards, leave the vampires to Anne Rice and Stephanie Meyer—and for heaven’s sake, give up on Merlin, Lancelot, and Arthur Pendragon! Be like Brandon Sanderson: come up with something original, something unique, something piquant to titillate our magical senses with. Pretty please?