How to Find a Literary Agent 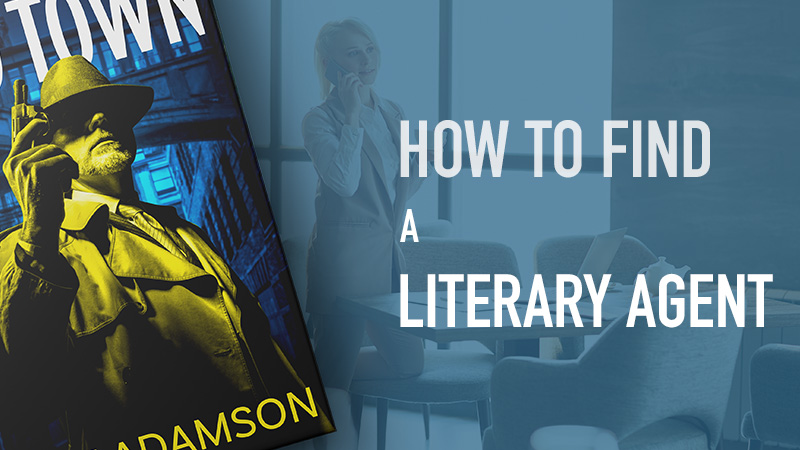 You as the author are probably sick of the story by now, but eager for everyone else to read it and enjoy the world you’ve built for us. That’s a good sign you’re ready to seek publication, and if you want to work with a traditional publisher, say a big one like Penguin or Tor, or a smaller but still awesome publisher like Tachyon, for the most part you’ll first need to get a literary agent.

What Does a Literary Agent Do?

Think of an agent like a business partner. You should ideally share some values and interests. The role of the agent is a few things: they have the relationships with the publishers so can sell the work and negotiate the amount you’re getting paid (that’s important), they help negotiate directly with the publisher so you don’t have to, and they can go to bat to address issues that could come up with a publisher like cover art or publicity plans. Basically the agent is the heavy if you need a heavy. They’re also neat people, they’re book people, they have the meticulousness and contract knowledge of a lawyer, and they know everyone, meaning they have connections all throughout publishing, as well as with Hollywood and with book publishing in various other languages. And they’re great dinner companions.

People might assume a high powered established agent is going to do a better job, but it’s more complicated than that, because if you happen to be working with Stephen King’s agent, that means you’re competing with Stephen King for that agent’s time. For a new writer trying to build a career, the sweet spot is usually a junior agent at an established agency. Newer/younger agents have time and are hungry to fill out their client roster, but they also can tap the connections and knowhow of the senior agents to help address any issues that come up and they hopefully also have connections with overseas publishers for languages other than English, for film and TV rights, and so forth. Your book agent is probably your hookup to find Hollywood and foreign language publishing agents, as the book agents tend to have preferred partners in these industries that they work with.

Writers often approach literary agents almost like priests of a religion, like if the agent accepts your work, you’ve made it and everything will work out great with the rest of your writing career. Writers on the whole are really intelligent people who do their research, and still we somehow tend to attribute this sort of power to a literary agent for no very good reason. The thing to know is that agents, as awesome as they are, are still people with their own taste and judgment, making business decisions; they don’t necessarily need or want you to be starry eyed, intimidated, or making big assumptions about what they can offer you. It’s fine to be nervous when you talk to an agent, they probably expect writers to be a little nervous, but if you’ve gotten this far with this article, I’d bet you’re pretty serious about your writing and you’ll be able to use your professional skills to treat an agent as a professional contact. Probably if you are serious about writing, you’ll have more than one agent over the course of your writing career, because agents sometimes quit agenting or a writer can find a better fit with a different agent even if their experience with their first agent was good. It’s complicated, and if you can spend time at conferences or literary events networking and making friends with other writers and industry people, that can also help you navigate the publishing industry.

If you have any connections in the publishing industry, start by asking around, as introductions from friends or acquaintances tend to get a bit of extra attention. Asking for help is pretty excruciating for most writers, and it’s a rare writer who enjoys the marketing and business side of writing, but you may be surprised what your loose social connections are willing to do for you. If you have the time and inclination to try and network in the publishing industry, maybe think about going to a convention, literary conference, or book related event where agents are going to be, or just to try to build up connections with writers, booksellers, librarians, and others in the publishing industry and adjacent professional fields. The old school way of getting a book agent was to publish a bunch of short fiction that got attention, so by the time you were ready to shop a novel, your writing was already somewhat of a known quantity, but that’s not a necessary step, and nor is networking (although these can help).

For most writers, going the old fashioned route of querying agents is the most doable route, as it can be done from home or wherever you normally write/work. First you want to find some book agents that would be compatible with your book. A great, great resource is Manuscript Wish List, it’s a website as well as a hashtag on Twitter. Another nice place to start looking is in the acknowledgements sections of novels that are similar to yours in terms of content and target reader age/demographic. Authors will often thank their agent by name in their acknowledgements section, which is the little page up at the front of the book that also generally thanks their partner and their book editor and some other people. And if you really want to get in the weeds, you can look at the People & Publishing section of the monthly magazine Locus where you’ll see which agents are selling which kinds of science fiction, fantasy, horror, YA, and related books to which publishers in a monthly snapshot.

How to Get a Literary Agent

Once you do some research and identify a list of potential agents who represent books like yours, the classic way forward is to query agents, and then find an agent who falls in love with your work and wants to shop it around and help you close a deal with a publisher. Let’s break it down into painstakingly simple steps, because this is already an overwhelming and confusing process. Make a handy dandy spreadsheet of agents that meet your criteria, write your query letter, and start querying.

Most agents will have Submission Guidelines online somewhere, whether on MSWL or their agency websites. A query letter is almost like a haiku in how stylized it is, there’s strict rules for how long they should be, what information is included, and in what order. Usually agents want to see a few chapters as well as a query letter, sometimes a book summary, and they’ll generally follow up and ask if they want to see the full novel. Follow their instructions exactly. They will know you’re an amateur if you don’t. In the old days people would try mailing glitter or using construction paper or including silly gifts in the mailed submission package, anything to separate their work from the pack, but this was usually a fast track to the recycle bin. Now that everything’s pretty much online, it’s easy to format your work to meet their standards. Keep track of responses in your spreadsheet. If you want to know how long to expect to wait, consider looking the agents up on Duotrope , Query Tracker, or other submission trackers. Mostly you’ll get rejections because that’s how math works, that most queries won’t be accepted. But if they took the time to offer you feedback, consider taking the feedback seriously as it’s a gift, and maybe could be a foot in the door if they’re open to a resubmission after you do the revisions they suggest.

What Does a Literary Agent Cost?

You shouldn’t be paying out of pocket for a literary agent. Good ones don’t charge fees for manuscript review, although you might find conferences where you can pay a fee like $50 for the chance to meet with an agent that might include some feedback on your pitch or your manuscript, and that’s an appropriate fee for their time to consult with you.

TLDR: What’s an Agent, and How Do I Get One?

This is a confusing industry. Writers are often not sure what a literary agent is for, or whether to get a publisher or an agent first. The reality is that some deals happen out of order or through back channels, like for example I found a publisher for my zombie novel and then used that verbal promise to secure an agent who handled the sale, and sometimes writers meet their first agent through some odd irreproducible “meet cute” situation, so it’s worth trying to network and make friends in the industry if you can. The old joke was that you’d go to a convention and spill a drink on an agent, and that’s how you get an agent. At any rate, a book agent is the person who helps you get a book contract with a traditional publisher, and they take a cut of your sales, that’s how they make their money. You find an agent through querying agents, following their submission guidelines exactly, and seeking out agents that represent books similar to yours.

And if you still have questions about how to navigate getting a book agent, or want to see what editors like me can do to help you make sure your novel is competitive, please reach out.

Amelia Beamer
Former Locus editor, AMELIA BEAMER is a critically acclaimed and agented novelist with knowledge of both the craft and the business of science fiction, fantasy, and horror publishing.

Meet Our Editors
Get a Free Quote