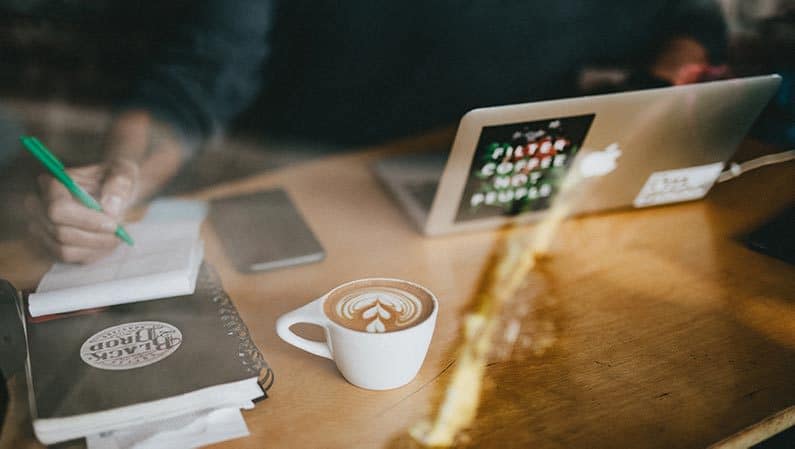 1. Is there a difference between an editor who edits other mediums (magazines, web copy, etc.) and one who specializes in books?

Absolutely, because the goals differ, especially for fiction. Newspaper, magazine, and web editors trim and delete to narrow the focus to one or two main points, keeping extraneous details to a minimum. Fiction editors encourage character and story development within the unique voice of the author, which often involves expanding tangential thoughts, dialogue, and a complex story line. Fiction is dramatic, whereas journalists aim for concise, factual summation. In other words, newspaper and magazine writing is front-loaded with the main points, whereas novel/short story writing doesn’t use this principle at all.For nonfiction, it’s often a matter of volume. An article or web editor might check facts, ensure consistency, and make sure the work is cohesive as a whole, but instead of an article of 1,000-2,000 words, a nonfiction book editor works with a manuscript that’s 30,000-100,000 words, and a textbook editor may be wrestling with a manuscript of 500,000 words. The book editor needs to be able to scrutinize the small stuff on a much grander scale, paying attention to the details while also remembering the big picture. Whereas a newspaper or magazine has its own style guide, book editors often customize style sheets for the books they edit.

2. Why do so many authors resist hiring an editor?

Most writers love working with an editor. Notice how many best-selling authors thank their editors in their acknowledgments. Well-established writers already know—and novices quickly find out—that paying a qualified professional to give them honest feedback before submission is the only way to really know what they’re doing well and what still needs work. Most experienced authors know that in order to land an agent and/or publisher their work needs to be ready for publication, and they know they need a professional eye. There’s no shame in that; everyone needs an editor.Yes, there is a lot of resistance as well.First, they are concerned about some callous stranger mistreating their baby. I’ve seen writers come unglued when a single word is changed. It’s part ego and part possessiveness. If a writer isn’t open to an editor’s input, how will he or she react when a publisher wants the book reworked to fit its immediate needs?Second, they balk at the cost. Many novice writers assume that, once they get a publishing contract, the publisher will pay for all of the editing. What they don’t realize is that the chicken comes before the egg: The manuscript must be edited and proofread before a publisher will look at it. The business model of book publishing has changed drastically in the last decade or so, and publishers are less willing to gamble on a less-than-perfect manuscript or to take on costs such as comprehensive editing. Instead, they look for writers to hand in near-perfect manuscripts. A bad opening paragraph—even a bad opening sentence—may well be the death of an otherwise promising manuscript.Writers who intend to self-publish are investing their own dollars and are focused on the bottom line. They often shop for the cheapest editor. Some publishers/printers do the same. I regularly receive requests from POD publishers wanting our “best rates” for “bulk” editing. We’re never selected; we won’t match quotes received from Third World countries or “editors” charging a quarter penny per word in order to gain experience and credentials. On the other hand, legitimate literary agents and publishers use—or recommend—our editors without hesitation.Writers are often confused by the use of the word “editing,” which can mean different things to different people, and so may not end up getting the service they think they’re paying for. Most new writers don’t understand the distinctions among the different types of editing, so I try to define these terms on Book-Editing.com. We’re honest with our submitters, and we’re willing to risk offending some of the ego-driven writers in order to give them an honest professional appraisal. Writers may think they want only proofreading because it’s “cheaper,” but we’ll let them know if we’re seeing problems that require developmental editing. Those who can swallow a little pride are grateful for the extra input we provide.Third, writers may lack appreciation for the importance of editing. I find that novice writers think a good story trumps typos. They seek help only after reviewers start pointing out the errors. I recently saw a series of posts in a publishing forum relating to a writer who had just self-published a novel. Her friends and family had given her book high marks, but “real” reviewers noted the excessive number of grammatical errors and typos. The writer wanted to know if others agreed with her argument: “[A] good story eclipses these problems. And I argue this point precisely because I suck at it.” Almost all responders disagreed with her. One person wrote, “I can read books with lots of typos but it effects the reader experience.” The original poster found someone who agreed with her, but it was someone who didn’t know the difference between effect and affect.Fourth, writers fear being scammed. With the advent of the Internet, some of the first sites to pop up were from self-proclaimed “editors” who had no skills or training. Stylistic editing is an intangible product, whereas proofreading is often objective—it’s either right or wrong. You can’t blame writers for being worried that they will not receive the quality of service they expect. When you hear a lot of “I got burned” stories, you become defensive, which is a valid response. In 1998, because I was booked over a year in advance, I started testing editors and proofreaders so I could refer writers to vetted professionals. I then formed Book Editing Associates because the need to find talented and ethical freelancers was so great.

3. Is one round of editing enough?

Never, no matter what level or definition of “editing” is being used. A developmental editor works back and forth with the writer. A manuscript of 80,000 words might take three weeks to revise or it might take a year. The book is done when it’s done.Professional copy editors and proofreaders, at a minimum, make two passes. When I was active as a copy editor, my norm was three or four passes. The second pass always found something I had missed, and that was often because prior edits needed to be reworked or revoked once the entire story was clear to me. If I did a third pass without finding anything to change, I didn’t do a fourth. But if I found even one irk in the third pass, the entire manuscript got another go-through.If a writer gets a quote of $500 for 100,000 words with a turnaround time of one week, the manuscript is likely going to receive one quick pass for obvious errors. That’s called skimming or reading. Serious editing, in contrast, proceeds at a much slower pace and requires multiple passes.

4. What is the strangest excuse an author has given you for not needing his/her book professionally edited?

I call it the “smart people” excuse. “I had it read by my friend who’s a lawyer, another friend with a PhD, and a third friend with a master of fine arts degree, so I don’t need to pay for editing.”Only 2% of applicants pass my proofreading tests; PhDs and MFAs are well represented among the 98% who fail. Someone who cannot pass a “find-the-errors” proofreading test should not be offering proofreading services.A person with a PhD in literature or a master’s degree in fine arts is not necessarily an editor. The PhD in literature learned theory and rhetoric, read a lot of required books, and wrote a lot of required papers. They did not learn how to create dialogue, believable characters, or compelling stories. The MFA degree in creative writing doesn’t teach copyediting or proofreading. I want to stress that writers are not necessarily editors, and the reverse is often true as well.

5. Of all the best-selling books you’ve read, which one had the most editing-related issues?

Probably not one you would expect: The American Psychological Association’s first printing of the 6th edition. The errors were so pervasive the publisher recalled the units being sold and did a fast redo. Purchasers of the first printing were provided the second printing at no cost.