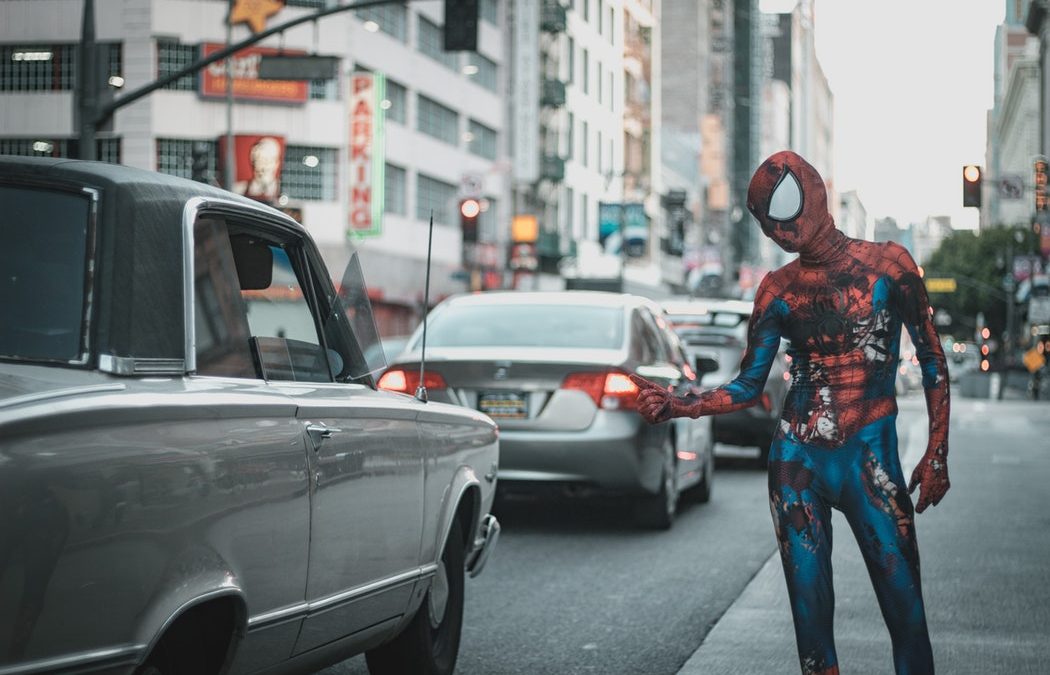 In the last few years, superhero fiction has become extremely popular among writers not associated with the traditional publishing scene-and personally, I rather enjoy this trend. I’m not sure why. I never grew up reading superhero comic books, though when I was in grad school, I borrowed my roommate’s, and became a Grimjack, Firestorm, and Nightcrawler fan. I never was a collector. I’m still not. But I’m a devoted viewer of Green Arrow, Flash, Legends of Tomorrow, and Supergirl on TV, along with Marvel’s Agents of Shield, Daredevil, and Neil Gaiman’s Lucifer (which is a hoot).

So, yeah, I’m a writer/editor and I admit it: I watch TV. On my Kindle. When I feel like it. But I don’t own a working television.

There are also scads of superhero-type books that investigate all aspects of the genre, far more effectively than the comics ever could, and I buy or borrow them by the dozens through Kindle Unlimited and Kindle Prime. Some are top-notch, some not so much. I’m not sure why they fascinate me so much, except that they really are the fiction of all possibilities-unlike most urban and traditional fantasies, which feature the standard zombies, vampires, and lycanthropes galore. I’ve read some great stories in that vein (to coin a phrase), but they do get old after a while. Yet I keep seeing them, both as a reader and as a professional editor.

Interestingly, as an editor I’ve only ever seen one superhero novel pass across my desk. I would expect to see more, specializing in speculative fiction as I do; and I tell you, even the best of the self-published superhero books I’ve see so far (with a few notable exceptions) could use an editor. A few have had a level of typos and errors so egregious I couldn’t continue to read them—one of the hazards of being a professional editor.

I suspect the modern superhero explosion in fiction-on the page and off-owes a debt not just to comic books and graphic novels, but to the phenomenal growth of web comics. Not all of the tens of thousands of web comics out there are about superheroes, but a significant percentage of them are, even if the title character isn’t called a superhero. Those of us who can’t draw but love the freedom of exploring all aspects of the superhero lifestyle-from its psychological aspects to the legal implications and even the physics of it-can write about it all. And of course, a lot of the superhero TV shows are now made possible by (relatively) inexpensive special effects, which works marvelously when combined with good acting.

Whether you call them superheroes, supervillains, supers, superhumans, parahumans, metahumans, or whatever, the thing about people with fantastic powers is that there are so many possibilities in terms of power-sets and origins. The Wild Card series, originally started by George R.R. Martin of Game of Thrones fame, is particularly inventive. There are supers who can blow apart into a hive of insects that can work autonomously (very good for gathering intelligence); people who store sexual energy for later release as all kinds of powerful magic; a woman who grows fatter and retains kinetic energy when someone hits her; a kid who generates nuclear explosions; and a man who mutates into something different and powerful every time he goes to sleep.

Independent writer Darius Brasher has a PI hero who is a “hydrokinetic” he can manipulate water. Sounds dull until you realize he can manipulate EVERYTHING about water-including how oxygen is absorbed in the bloodstream, so he can easily knock people out. He could freeze the blood in their veins if he wanted. Where did his powers come from? No one knows.

That’s the great thing about the superhero genre. Not only are the power-sets limited only by imagination, so are the origins. The Wild Cards resulted from a virus tested on humanity by an extraterrestrial race of humans (Earth may be a colony of theirs). Some, like Marion G. Harmon’s Sentinels, resulted after an unexplained worldwide Event that generated the first superhumans. Lab experiments gone awry tend to be popular, as do genetic experimentation and leaps in human evolution. In Brandon Sanderson’s Reckoners series, one godlike but childish individual gave powers to anyone he wanted to, and it almost always corrupted them to evil.

I feel there’s still plenty of room to explore the superhero genre, without reusing the same ideas repeatedly-though some, like the invulnerable “tank,” flier, speedster, teleporter, and techno-genius have become standard tropes. But the real strength of good fiction isn’t in exploring power-sets, though that can be great fun. It’s in putting these individuals together with each other and with normal people to see what happens. That type of chemistry and interaction is what makes all stories worthwhile, whether they’re romance, westerns, science fiction or superhero fantasy. And make no mistake: it is fantasy, because there’s no way in hell the physics of all those powers could possibly work in a logical universe.

Then again, a friend of mine once claimed that ALL fiction is fantasy; what we call fantasy and science fiction are just subcategories, like romance and mainstream. So why not? Even if you don’t write superhero fiction to answer deep psychological questions, you can do so for escapist entertainment. Go ahead: the field’s wide open.