David has worked on 100+ manuscripts that have landed publishing deals.

DAVID has built up a distinguished career as an editor, writer, ghostwriter, and filmmaker. His flair for the written word, creative acumen, and meticulous attention to detail has earned him a loyal following of clients in need of copy editing, content editing, developmental editing, or ghostwriting.

After earning his master’s degree in Journalism at Northwestern University, he spent five years working for an academic press and later for Hachette Book Group.

His long track record has given him exposure to a wide range of authors, writing styles, and genres, including novels, non-fiction works, self-help books, memoir, Christian and other spiritual writing, and business books.

He’s also a specialist in academic writing and often partners with graduate students to bring their thesis or dissertation to the next level.

Screenwriting / Filmmaker
With professional experience in both fiction and documentary film, as a producer, writer, and director, David is well versed in the art of cinematic storytelling and can edit or critique your screenplay.

I excel at taking material from a “B-“ and putting it over the top, to an “A+.” Your material may, or may not, sell, but I’ll turn it into the best manuscript it can be.

My recently edited books include Girl From Nowhere by Tiffany Rosenhan (Bloomsbury, 2020) and Sixty Stories About Thirty Seconds by Bruce Van Dusen (Post Hill/Simon & Schuster, 2020). Both are debut authors.

My past bestselling authors include Anthony Bourdain (my name is at the top of the acknowledgments of Kitchen Confidential), Chris Wallace (Character), Richard Marcinko (Rogue Warrior), Steven Pressfield (The War of Art), Matthew Modine (Full Metal Jacket Diaries), and Brett Favre (Favre).

My titles have been featured on: Sixty Minutes, The Today Show, Oprah’s Super Soul Sunday, and the front page of The New York Times. Two books I bought, edited, and published sold to studios (Warner and Universal) for over $1 million.

I founded and was editor-in-chief of Rugged Land Books, distributed by Penguin Random House, where I acquired, edited, published, and helped to write dozens of titles.

As an author, I recently completed The Last Duke for Duke University Press (2021). I have written for The New York Times and The Wall Street Journal among other publications.

On the film side, I developed and produced The Conspirator (Robin Wright, directed by Robert Redford), Gone in Sixty Seconds (Nicolas Cage, produced by Jerry Bruckheimer) and The Negotiator (Samuel Jackson, directed by Gary Gray) among other films.

STEPHEN SEVERN is an award-winning ghostwriter, editor, screenwriter and writing coach. Mentored by Academy Award-winning writer Stewart Stern (Rebel Without A Cause), Stephen served as editor for the #1 best-sellers Tears For My City and The Revved Life. He also served as consultant for Robert Beatty’s New York Times #1 best-selling Serafina series of children’s books, published by Disney Hyperion, and as editor for the blog of #1 best-selling Christian author Emerson Eggerichs.

Stephen’s work as editor has resulted in 25 international awards. In addition, his ghostwritten screenplay was winner of Best Adaptation at the Hollywood Book Festival, and a runner-up at the prestigious Circus Road Script Competition. He’s written for rock magazines and heavy metal websites, film and TV reviews, and ghostwritten or edited more than 30 published books.

He specializes in rescuing, restoring and reawakening broken dreams. It would be his honor to help reawaken yours. 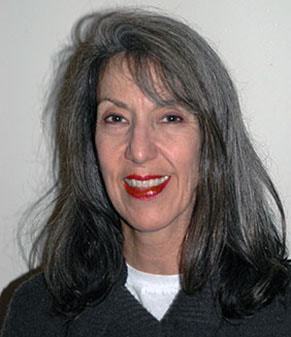 S.J. Sutton has worked in the book publishing and the film industries for thirty years-on the front lines and behind the scenes-finding projects to publish and/or produce, and developing and editing them, seeing them through to completion on the page or screen.

In the book publishing industry, she was a developmental editor, copy editor, and proofreader for large publishers. In the film industry she worked as a story analyst and development consultant on feature film and television projects for DreamWorks, Disney, Showtime, Lifetime, among others, and worked on the development of films such as L.A. Confidential (Academy Award for Best Writing, Screenplay Based on Material Previously Produced or Published), Get On Up, Enigma, HBO’s Vinyl, and countless others. She assisted writer/director Albert Brooks on Defending Your Life.