9 Rules of Writing to Break, 1 to Obey 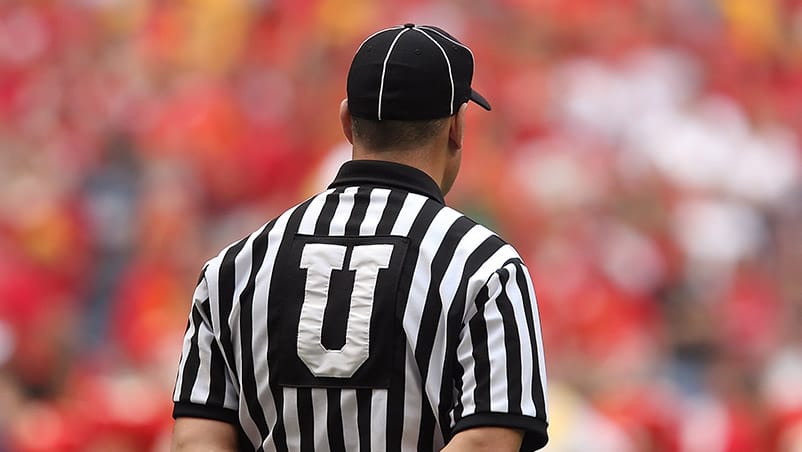 Rules are meant to be broken, right? I asked some of our editors to weigh in on rules of writing and not be negative, but we ended up with a great list of rules to break. In the end there really is only one rule to keep.

1. Write/meditate on what you know.

If all writers followed that dictum, San Juan de la Cruz would never have written that he came into the unknown, and there remained unknowing, transcending all knowledge.

Unknowing. Such a way of realization arrives in unbidden flashes. Her ways are pathless. She is not an aggressively stolid search for an unyielding, orthodox take on knowledge. She is not a building up, like the erection of a theological system, but a licking, a melting away, a lingo of erosion. The way snow-blindness bleaches away vision of this world and darkness erodes away the forms of all objects into a sable sense of union.

Yet the roots of unknowing do not fail, for she is fast-rooted: a dancing tree, a tree anchored neither in sky nor earth, but in precisely no place in particular. She dances forth in each truly living moment of life: a djinn or genie flailing rhapsodically her thousand-thousand arms, pounding out silent rhythms and melodies in full-universe scale. The unexpected, like a magician, offers a high-wattage, fun, unfussy, vertiginously alluring garden of gaps.

She perceives the world not as solid, but as a web woven of wonderment: of breathtaking awe, astonishment, delight: flickering, fading, evanescing, swooning into awakening. Rather than fixing awareness on what is sure, she teases forth our sensitivity to impalpabilities, to a poetics not of building up but dissolving . . . unknowings realized within the dark emptiness of water pots and village wells, within the nothingness of blue sky and all-absorbing darkness, within silence-haunted syllables of meditation and prayer, before and after lightning, within gaps between inhalation and exhalation, within waves of mind and their troughs, before and after each tone of melody, when immersed within the thunder of misty waterfalls, within the twilights where waking dissolves into sleeping, when skipping, within the vast vacuities of space, when awed by a magician’s trick, when in deep devotion, when following a pulse of light rippling across the ocean of the heart . . .   Unknowing requires a certain negative capability, a childlike innocence, wonder, awe, a capacity for drifting within the thin æther of obscurities, uncertainties, riddles, aporiæ, mysteries, doubts — without any anxious grasping after facts and reasons.

Unknowing is a way of vacuity, voids, absences blooming up within the fissures between things: between tones, breaths, moods, moments, sips, dreams, kisses, modes of being, the chaotic pauses between lisping patters of rain, misty figurations, lightning gasps, inter-undulatory naughts, abysses.

2. Don’t end a sentence with a preposition.

Um, no. It’s totally okay to end a sentence with a preposition! Sadly, too many of us have had this “rule of writing” drilled into our heads by parents or teachers or whomever somewhere along the way. Here’s what The Chicago Manual of Style (the standard for the book-publishing industry) has to say: The traditional caveat of yesteryear against ending sentences or clauses with prepositions is an unnecessary and pedantic restriction. And it is wrong. As Winston Churchill is said to have put it sarcastically, “That is the type of arrant pedantry up with which I shall not put.” A sentence that ends in a preposition may sound more natural than a sentence carefully constructed to avoid a final preposition. Compare, for example, This is the case I told you about with This is the case about which I told you. The “rule” prohibiting terminal prepositions was an ill-founded superstition based on a false analogy to Latin grammar. Today many grammarians use the dismissive term pied-piping for this phenomenon. (CMOS 17th ed., 5.180) So please feel free to end as many sentences with prepositions whenever you feel it would be best to!

3. Always use the active voice.

While it’s always best to use the active voice whenever possible to maintain lean, informative prose, it doesn’t always apply. Passive voice is handy when the agent of the verb is unknown or uncertain, for example. Scientists often use passive voice in their papers, as they’re reporting observations and may not know the agent(s), at least at first. A decent balance of passive voice can also be part of a particular author’s style—which, as editors, we must respect.

So: why is passive voice such a big, hairy deal among those who’ve appointed themselves guardians of the English language?

Blame it on Strunk and White. Their Elements of Style, which they never meant to be used as a textbook, has poisoned whole generations against passive voice. Worse, three of their four examples of “passive voice” aren’t! Yet adherents accept even their mistakes as gospel. Ditto for Microsoft Word. Nobody points out their failings better than Geoffrey K. Pullum here. One thing hidebound adherents often miss is that Strunk and White didn’t argue that writers should abandon passive voice completely; they admitted it had its place. But somehow, their advice to use it sparingly has been interpreted as a complete ban.

As with many other writing rules, you need to learn this one well—so you know when to break it.

4. You have to introduce your character.

Don’t worry about “introducing” your character, because their life is about to change anyway, if the story is good. Go ahead and start the novel or story when your character first encounters some aspect of the plot, for example some problem like an unexpected summons, a busted food replicator, or a test that they aren’t prepared for. By showing them dealing with an urgent problem, they can immediately earn the reader’s interest, and we’ll get to know that character by seeing what choices they make and how they manage the many problems the plot will throw at them.

5. Learn the rules … then break them.

Most any writing rule can be flipped on its head. I edit a lot of poetry, and some of the most intriguing writing I see disobeys supposed laws of grammar. Additionally, if you think about the greats of American literature, the idiosyncrasies of their writing are what give them their piquant flavor, such as the run-on sentences of Faulkner and the localized, colorful diction of Twain. Creative writing should be creative! Don’t be afraid to experiment. Just try not to give readers a headache.

Many teachers past and present have told students not to begin a sentence with the words “And” or “But.” But these words have the same meaning as other words that are considered acceptable, such as “Additionally” and “However.” It’s perfectly acceptable to start with “And” or “But,” and these words sound less stuffy than the alternatives and may better reflect the writer’s desired tone.

A quick non-mistake I can think of is using “alright” instead of “all right.” I had been trained in a house style at one publisher to use the latter. Years later I discovered that Merriam-Webster said they were interchangeable and indeed the two-word version is fading in favor of the single-word variant.

From the online Merriam-Webster dictionary:

“Although the spelling alright is nearly as old as all right, some critics have insisted alright is all wrong. Nevertheless it has its defenders and its users, who perhaps have been influenced by analogy with altogether and already. It is less frequent than all right but remains common especially in informal writing. It is quite common in fictional dialogue and is sometimes found in more formal writing.”

The Correctness Wars never end, and as a sympathizer with the side that recognizes standard, useful conventions, I understand the rallying cry that our language will be in shambles if we don’t uphold the right way to use, say, a semicolon. But an editor needs to float above the fray, above the fights over whether “they” can be used as a singular pronoun or whether writers, at least in the United States, can deviate from the Oxford comma. In my own case, I simply am incapable of writing “They will attend the rodeo” to mean that one person (of indeterminant sex) will attend. Editors know that we’re supposed to use “he or she” (that’s singular!) or convert, if possible, the sentence to a plural form throughout (“attend” is a verb that matches a plural subject, so should the expression be “They attends…” for a singular subject?).

However, whether or not I am incapable of defaulting to a new use, the singular “they” often now appears in casual writing just as it has in speech for years. Some organizations are sanctioning its use, a decision reinforced by choices that people are making for how to be addressed. This is the way that language stays alive and relevant.

As editors, our job is (note: I changed from the singular “As an editor) to make judgments about appropriateness, tone, personality, and other dimensions, whether or not the result matches our personal style. (Should that be “our jobs are” and “personal styles”?) Even though I always make sure in my own writing that an independent clause precedes a colon, I realize that there are many contexts in which I shouldn’t edit in the same way. Editors always are focused on: strengthening writing, not putting it in a straightjacket. (In my writing, that colon gets dropped or the construction would be “on the following:” I can’t help it!)

In school, many of us were taught that to keep writing interesting, we should avoid overusing “said” as a dialogue tag, e.g., “She said, “I hate this rain.” We were told to replace “said” with a punchier word like “shouted,” “howled,” or “thundered.” Don’t do it—or not too often anyway. Using different tags calls attention to them rather than to the dialogue, and it makes your writing look amateurish. The dialogue itself should be enough to show how it was spoken.

10. The only real rule of writing.

And finally, the only rule of writing you must always follow:

There’s only one rule of writing: just write.