Prolific Novelists on How It’s Done 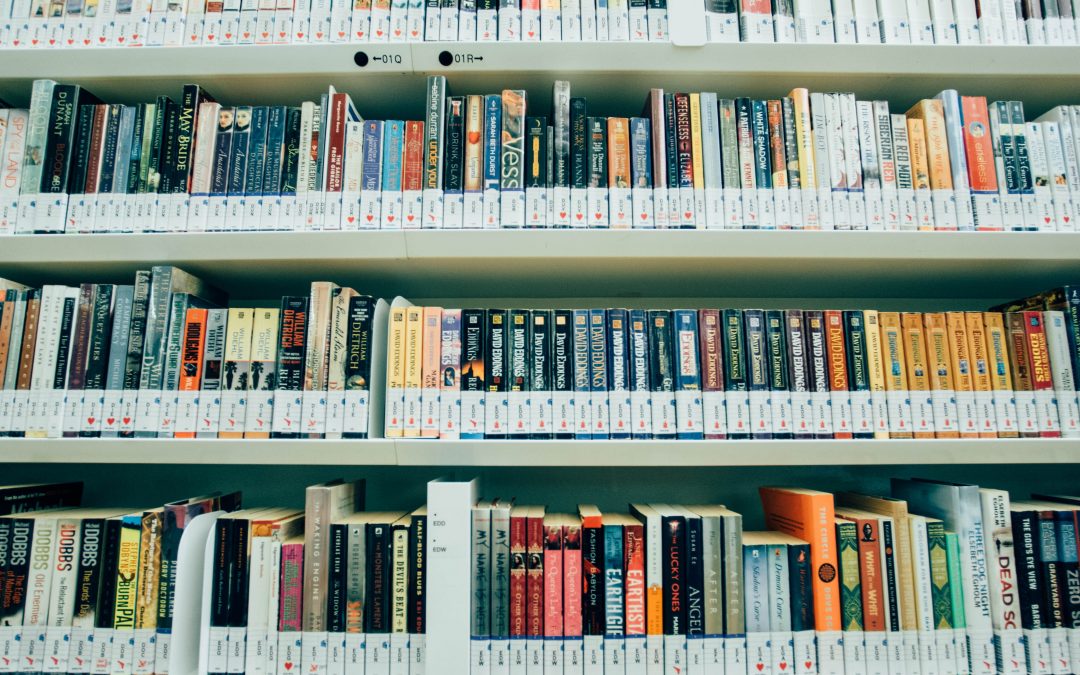 Writing one novel is hard enough. But how about 50, 100, even 500—all of them published, and with more to come? We asked six super-prolific writers for their secret and were unsurprised to learn that there is none. It’s all about work and passion.

A calling? A compulsion? An addiction?

For each of these authors, writing is a calling they felt and responded to at a young age. “It was like a beacon turning on, and has guided me ever since,” Piers Anthony says. “I don’t need motivations; I need to write. I suffer if I am not writing. I’m a write-aholic.”

Bill Pronzini agrees: “It’s what I do for a living, but it’s also a compulsion. I need to write, can’t imagine not writing, and don’t feel right if I let too long a period elapse between projects.”

The other writers echo this. But desire to write means nothing if not coupled with effort. Although individual methods may differ, prolific writers do what the wannabes dream of: They sit down and write as their primary activity in life.

Take Robert J. Randisi, who has written more than 540 novels, in every genre except romance, under his own name and at least 15 pseudonyms (e.g., J.R. Roberts for his Gunsmith series). He’s well-known for the Rat Pack mystery series, whose most recent title is Fly Me to the Morgue, and the P.I. novel The End of Brooklyn, as well as the final Nick Delvecchio novel.

Randisi has a simple routine. “I get into the office between noon and 1, work till 5, have dinner, work till 8, take a two-hour nap—because I’m usually working on one book during the day and one at night, and that breaks it up—and then work again from 11 p.m. till 4 or 5 a.m. Get up at 11 a.m., have breakfast and start over. The only change is when errands must be run.”

Jane Yolen works similarly. Once called by Newsweek “the Hans Christian Andersen of America,” she has written more than 300 books for youth and adults across genres, including nonfiction and graphic novels. Her latest release is the young-adult fairy-tale novel Snow in Summer.

She describes her process this way: “Wake, answer email from overnight, do stretching exercises, go downstairs and have breakfast and a cup of tea, sit at the computer and start writing. Repeat tea as needed. Keep writing till I reach a stopping place. Play a couple of hands of Boggle, and then start writing again.”

New York Times bestselling author Iris Johansen also has a simple routine. “I sit down at my computer at 8 in the morning, break for lunch, and then work until 2 or 3 in the afternoon.” Through this discipline she has written more than 70 novels in the romance, historical and suspense genres, including a series featuring a forensic sculptor, Eve Duncan, which is climaxing this year in a trilogy: Eve, Quinn and Bonnie.

“I don’t have a ritual,” says Kristine Kathryn Rusch, who, like Yolen, writes across a broad spectrum. A bestselling, award-winning writer with 90-plus books to her credit, she is best known for her Retrieval Artist series, combining science and detective fiction. Her most recent releases are City of Ruins and Wickedly Charming, the latter written under one of her pseudonyms, Kristine Grayson.

“I have a goal for each day and work until I achieve it—or if things are going well, until I surpass it. Unlike most writers, I do not count research time as writing time. Only new words count as writing time. So I must write every day and fit research around it.”

Bill Pronzini, too, works on a goal system. Author of 77 novels, he concentrates on series detective and non-series suspense fiction, though he has also written Westerns, science fiction/fantasy, horror, a mainstream novel and four nonfiction books. Some early work was written under the pseudonyms Jack Foxx and Alex Saxon, and he’s also done “a handful of collaborative novels.”

Pronzini works “in the morning and sometimes early evening, five days a week and occasionally on the weekends. No set number of hours, but rather on a production pace: three to five finished pages per day, more if I’m nearing the end of a novel or short story. . . I’m a character-driven writer, which is to say that I don’t outline or otherwise plan a novel before I begin writing it. Rather, I start with a basic situation and/or theme, a few characters, and usually a vague idea of the direction I want the story to take, and then let the characters dictate what happens from chapter to chapter. I’ve written myself into corners a few times using this method, necessitating some extra rewriting, but it’s the only one that works for me.”

Piers Anthony, best known for his humorous Xanth series, has more than 140 novels under his belt, mostly in fantasy and science fiction. His latest release, due out this month, is Well-Tempered Clavicle. Anthony writes daily, managing his flow using a bracket system.

“Let’s say I’m stalled on a scene, or even on a paragraph,” he explains. “I can’t figure out how to end it, so I go into brackets: [Here’s my problem: I can’t figure out how to conclude this paragraph without seeming abrupt or stupid. What can I do? Maybe I can figure out something that will make my reader laugh, so he won’t notice that I’m not saying much. How? Maybe a spot of self-parody.] I do this constantly, now with a separate notes file. Some days I may write thousands of words of notes, and precious little text. But eventually I will figure it out, and then my text will move just as if there never was a hang-up. The trick is to keep writing, notes if not text, so there is no break that can lead to a loss of inspiration.

“Another device is to switch off projects. If one stalls, I go to another, of a different type. Something is bound to move. Later I can return to the first one, and this time it may be ready to move.”

If desire plus work equals output, then anyone can be prolific. But another element fuels the super-prolific engine, too: an infinite capacity for ideas. Such writers have a constant “on” switch, allowing both their conscious and subconscious minds to filter their stream of experience and snag bits both large and small to store, then to manipulate and retrieve at will. It’s more than just creativity, because it’s yoked to desire and work ethic, resulting in book after book.

“I have a hyperactive imagination,” Pronzini says. “For me, ideas are anywhere and everywhere. Almost anything will trigger one—newspaper item, something in a book or on the Internet or TV.”

Same thing happens to Randisi. “Each book tends to lead me to several other ideas,” he says. “And I wonder, how can anyone can go through the day and not get an idea for a book?”

Says Johansen, “I get the kernel of an idea, and then just dive in and let the characters take over.” Rusch is more systematic. “Your brain is a muscle,” she says. “It does what you train it to do. I trained it years ago to give me story ideas. It gives me dozens per day.”

Anthony has an idea file tens of thousands of words long, “where I summarize and store ideas that come to me randomly. Another time, when I need a character, I may spot [a filed] notion, and bring [it] out of summary and into life in a story.”

Yolen stores her ideas first on a computer and later in a file cabinet. “If something proves an uninteresting, untenable or completely stupid idea, it goes in the ‘Uninteresting, Untenable and Completely Stupid Idea’ file. Though years later I may find something to do with it. Or I may give it away to another writer.”

And still more books to come

The world-record holder for number of novels varies depending on the source and definition of a book. Regardless, the lifetime output of some people is astounding. English writer Katherine Lindsay (aka Mary Faulkner and many more names) penned 904 books in the era before word processors. More recently, Brazilian author Ryoki Inoue and Indian author Rajesh Kumar have broken the 1,000 mark.

Will any of the six writers interviewed achieve world-record status? Each has the potential. When asked, “How many more books are inside you waiting to get out?” their answers were essentially the same:

Piers Anthony: “There is no limit. I expect to keep writing as long as I live.”

Robert J. Randisi: “I’ll probably think of one every day for the rest of my life.”

Bill Pronzini: “Quite a few, I hope.”

Iris Johansen: “I have ideas for at least 70 more books.”

Super-prolific novelists are never tempted to stop writing or be something else. Even with their considerable achievements, they still have writing-related goals. Anthony would like to see a good movie made from his books, whereas Randisi says he “would like to write fewer books for more money, but the truth is no matter how much money I made I’d always be writing a lot of books, if only to get them out of my head.”

Pronzini wants “to be a better writer tomorrow than I am today; to keep writing and publishing as long as I’m physically able.” Yolen puts the same idea more simply: “I want to write better.” And so does Rusch—”I will never ever write the novel I envision in my head before I start writing, but I keep trying!”—and Johansen: “My only goal is to make the next book better and richer than the last one I’ve written.”