On Pacing: Avoid TMI in Plot

Keep your story moving by recognizing when too much information (TMI) is weighing down the action.

Consider this first paragraph of a hypothetical novel:

Johnny woke up in the hotel bed. His grandparents Merv and Jude were going to be buried today. They died in a tragic helicopter accident while on vacation. They always traveled to Hawaii, exploring each island individually. Now they would be buried there. Johnny’s parents were still asleep. His mother had taken the death of her parents hard because they had been very close all her life. Her brother, not so much.

My colleagues and I call this approach to the beginning of a story an “information dump.”

Sometimes, like in the news-reporting world, we expect to get all the details at the top of the story, which journalists refer to as the inverted pyramid. Readers of news stories expect to discover who, what, when, where and why right under the headline.

Not so in fiction. Even in children’s literature, readers want gradual accumulation of necessary storyline elements. It’s essential to drop the juicy nuggets of background information over the course of the story as a sort of treat for the reader. Taking a balanced approach to distributing the relationship structures along with elements of setting, character, and conflict is key to making the story flow without hiccups or heavy chunks of background text to be absorbed all at once. Make the story unfold more as a series of appetizers rather than the main course right away.

For example, instead of the above, the story could include a paragraph to describe Johnny’s appearance and emotional state (character). Then, the writer could stretch that into relating to where Johnny is located (setting). Leave the reader wondering for a bit why he is in a hotel with his parents, feeling disoriented (plot). This will offer a puzzle to readers, who as a rule enjoy reading fiction to discover new things.

Another case of “too much information” (TMI) can happen when mundane actions are dragged out across the page with little point other than relating someone’s day-to-day routine.

Now Johnny was getting up. He pulled out his black button-down shirt. He buttoned it and then selected some trousers, which had been wrinkled from his suitcase travel. He pulled on his socks and his dress shoes. He then realized he forgot to brush his teeth so he went to the bathroom and cleaned his teeth, along with flossing. He also combed and styled his hair.

If we have to read about every breath and step this character takes all day, the book will be way too long, and, let’s face it, boring. To keep it moving, hijack all the everyday stuff with a summary to get to the real action quickly.

Johnny got himself dressed and groomed for the funeral. While he waited for his parents to wake up, the phone rang.

-Something went wrong at the funeral home, Johnny. My parents’ bodies are missing. 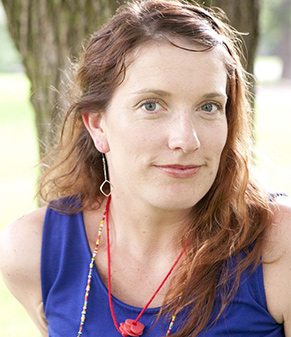