How To Choose A Book Editor

For a year now (or two, or ten), you have been hammering away at your manuscript, revising and reworking every scene and nuance until you know the characters better than you know your spouse. You have sacrificed sleep, dinner with friends, your favorite sitcom, even your vacation, and finally it’s ready to submit…or is it?

Your own kid, looking over your shoulder, casually points out some incorrect punctuation, a grammatical error, and a dropped word – all in the first paragraph. And that hauntingly beautiful four-line sentence that you thought worthy of Faulkner?

On closer inspection, it has no verb.

You feel a creeping suspicion that these little blemishes are not the only ones. The sobering fact is that your labor of love needs a thorough copy edit before it’s presented to agents or publishers.

You Need a Book Editor

Each year, lots of great manuscripts get rejected out of hand after only a glance at the first page, while others, from the ranks of the merely “pretty good,” find homes with respectable publishers – and all because of appearances.

Many new writers suppose that an agent or an acquisitions editor will see through any minor problems with capitalization, punctuation, spelling, and grammar to the creative gem that sparkles beneath. They might, but getting your foot in the door is difficult, so why stack more odds against you?

A clean, well-formatted manuscript is a publisher’s or an agent’s first clue that you are serious about your craft. It says to them, “Pay attention, now; this just might be worth your while.”

On the other hand, if they are immediately assailed by comma splices, disagreeing subjects and verbs, and non-words like irregardless, this implies a carelessness with language.

It isn’t that publishers and agents are intentionally petty, but each error grates just a little, disrupting the flow, and as they pile up, the reader begins to see only the mistakes while missing the author’s beautiful prose and riveting storyline altogether. The stack of submissions is high, time is short, and the manuscript gets tossed.

It Doesn’t Matter How well You Write

While we all like to think of ourselves as careful writers, it’s tough to keep track of all the dos and don’ts unless you’re doing it every day. Nor is it a question of literacy. I’ve edited English professors, national news anchors, and politicians who commit about as many errors as anyone else – and these are people who make their living with language!

Now, if you’re George W. Bush or Bill Clinton, both of whom are prone to grammatical errors, you’ll get published anyway, but a first-time author has to make a good impression.

But a copy editor is just a glorified proofreader, right?

Your fourteen-year-old can do that. Well, maybe.

Then there are the factual errors: Your wildflowers have to be blooming in the correct season and hemisphere, your dinosaurs can’t be walking on grass (because grass didn’t exist yet), and your Regency romance can’t make reference to the Charge of the Light Brigade, still forty years in the future.

Even the best writers need a sharp-eyed copy editor to cover for their lapses. I have seen both James Michener, one of the most successful writers of all time, and Peter Matthiessen, whom I adore, put safety catches on their revolvers (in Texas and At Play in the Fields of the Lord, respectively).

The copy editor missed it, although to anyone knowledgeable about firearms, a mistake of such magnitude springs up off the page and sucker-punches them right in the sensibility.

Well, you may say, the authors should have known their material better.

Perhaps, but the copy editor was paid to know better. Copy editors are not walking dictionaries, but the real pros question everything, know where to find some answers, and query authors about any uncertainties.

How to Choose a Good Copy Editor

Okay, so you realize you’re in the market for a copyedit. You’re going to pay dollars you don’t really have, to someone you’ve never met, so they will perform a service you didn’t even know you needed – all in the far-from-certain hope of getting your manuscript published.

And now, after five minutes online, it’s pretty clear that you haven’t a clue where to start, because everybody, apparently, is a copy editor. It seems you could just go outside and shake the nearest tree, and a copy editor or two would fall out. And to further muddy the waters, you’ve heard stories of everything from shoddy work to plagiarism and flat-out fraud.

Part of the problem is that – unlike doctors, accountants, or real estate agents -anyone can proclaim himself an editor. All that’s needed is a computer and a Web site on which to hang out a shingle. There’s no regulating board, no professional certification, and no universal exam. So how do you pick and choose? I mean, who’s for real, who’s a wannabe, and who’s an out-and-out sleaze? (Hint: all of the above exist on the first page of your Google search.)

No track record, no deal.

First of all, a real copy editor has a VERIFIABLE track record and won’t mind sharing it. There should be book titles and satisfied clients, with names and contact information. And do call or e-mail them – whatever the response, positive or negative, it will help you in your decision making.

Check out what others have to say.

Take some time to poke around on the Internet. Chances are, if the editor has been around much, someone out there will have something to say about his or her work. Granted, you should take what you find on the Net with a pillar of salt, but if everyone seems to agree that this person hung the moon, it’s one thing; if all you get are horror stories, that’s quite another.

The important thing is to inform yourself, for there be sharks in these waters. And parasites, too.

For example, the Book Editing Associates network has seen its front page plagiarized by at least three dozen different “editors” in five different countries. One of them even stole actual client feedback and fabricated names for each entry.

Also beware of foreign operations masquerading as U.S. and editing networks that “outsource” to “discount editors” so they can pocket the difference between what they charge writers and what they pay these unqualified “editors.”

Ask for a Sample Edit

Ask them to do a sample edit of your work – just a page or two. If they want your work but balk at this step, walk away and count your blessings; after all, you just want to see what they can do for you. And anyway, they should be used to it – well-known publishing companies, who routinely hire out their copyediting work, require all freelancers to take a test that’s a lot more daunting than any sample edit.

The Book Editing Associates network has a copyediting test so tough that 98 percent of applicants fail. (

And, by the way, this is something you always want to see on a Web site: a word about the standards its editors must meet.) BEA’s ethical standards are so tough that retests are not permitted if the applicant fails the copyediting tests but continues to market him/herself as a copy editor.

You get what you pay for – mostly.

You should get bids and samples from at least three freelancers. Depending on the shape your manuscript is in, most professional copy editors’ rates will fall between, say, 3 and 5 cents per original manuscript word – more if they’re doing substantive editing as well. They have a look at your manuscript, gauge the amount of work, and then price the job according to what they expect to make per hour.

The quotes will vary because they are based on two factors: what each bidder expects to make, and how long that bidder sees the job taking. This is why you must have a sample edit from each bidder: to see which ones are likely to give you your money’s worth.

Obviously, some may price themselves out of the market, but you should be especially wary of anyone offering you an improbably low bid. When someone says they’ll copyedit your manuscript for a penny a word (or even less), ask yourself how fast they’ll have to work to make it pay, and what kind of job they can do for you at that speed.

You now have three copyeditors who want to work for you. Their references check out and the bids are all reasonable when you see the amount of editorial input – but take another look. You’re not just looking for the one who caught the most mistakes.

That’s not a bad thing, but it’s possible to be too nit-picky, to the point that the author’s voice is drowned in a sea of unnecessary changes and needlessly formal phrasings.

Better to pick the more nuanced sample, the editor with a subtle ear who can hear what you’re trying to do and then helps you pull it off – the one who makes you sound more like you. If the editor’s comments ring true, and you feel that the editor will help make you a better self-editor, then chances are, that’s the editor to pick.

And if you were reasonably efficient with your time, you spent about four hours on this whole process, which is not a bad investment. 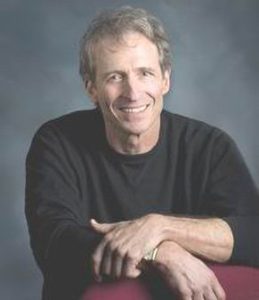