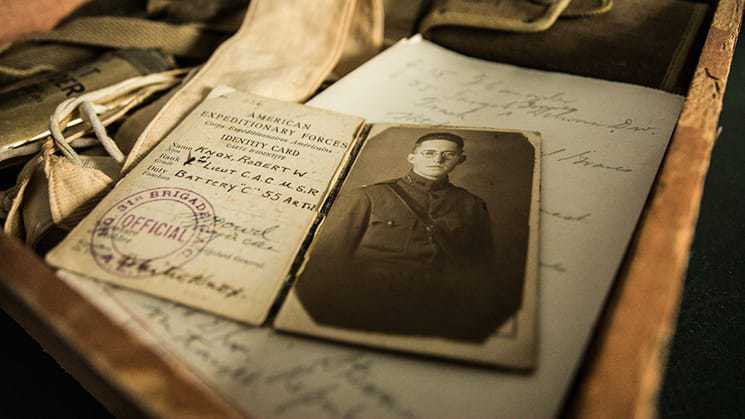 In many historical novels, the setting is so alive and present it feels like another character in the book, and when readers see it that way, it’s a huge compliment to the author. I think we’ve all read a book in which the setting is as important as character, maybe even more so, and the time and place are made to feel as completely alive and present as each of the characters are. How do authors accomplish this? There’s no simple answer, but most likely the setting becomes a character when it’s well-developed and described, and the story could not have taken place during any other time and place in history.

First and foremost, the setting must be essential to the story

Stringent rules regarding fiction are meant to be broken; in fact, many of the best novels come about when an author bends the rules. But in historical fiction, it’s best if the time period is not random—instead, it should be essential. If you’re a historical fiction author, avoid coming up with a story and then deciding on the place and time period. Much of the criticism leveled at historical novels comes when readers and reviewers feel as if the story could’ve happened anywhere, anytime.

If you’re stumped for an idea, rather than deciding on a story first, try focusing on a historical setting that fascinates you and go in search of something that triggers your imagination. It’s also helpful to think about originality. If a place and time period haven’t often appeared in historical novels, investigate further in hopes that a story idea will strike you. Try to illuminate settings that a reader probably hasn’t read about before. If your time period is a common setting in historical novels, however, such as World War II, try to find an aspect of the setting that hasn’t been explored very much. This could be a group of people, a specific event, a real person, or a location that hasn’t been featured in a novel, or at least not often. The more original the setting, the more you can write it so that it feels like a character.

Ask yourself, What if…?

Another tactic is to imagine what it must have been like to live during a time period that interests you, and ask yourself “What if?” regarding the events of the day. Then go against the grain if possible. The idea for one of my novels was born when I was reading about the men rum-running along the East Coast during Prohibition, and I asked myself, “What if a rebellious woman became a rumrunner?

I can imagine the authors of other books coming up with “what-ifs” in a similar way. In CITY OF WOMEN, David Gillham might have asked himself, “What if a historical novel about World War II focused not on the military or people near or at the front, but on the women left behind in Berlin?” In GIRL WITH A PEARL EARRING, Tracy Chevalier might have asked herself, “Who is the young woman depicted in Vermeer’s most famous work of art? Why was she chosen as a model? Where did she sit for the painting? How did she feel about it?”

Develop all aspects of the setting

Once you’ve found your setting, develop it in terms of four main elements: time, place, history, and social and cultural atmosphere. An old saying maintains that history repeats itself, and while that may be true in general terms, nothing reoccurs in the exact same way, and authors benefit from honing in on what’s unique and most memorable about a specific time and place.

If you haven’t read a book in which the setting feels vital, think of reading THE PARIS ARCHITECT, which couldn’t have taken place during any other time period; it’s too wrapped around World War II, and specifically life in occupied Paris during the war. People of Jewish descent had to feel threatened enough to construct hiding places. And there had to be people willing to help them.

You might also read THE NIGHTINGALE, which likewise could only have been set during World War II, because the French Resistance is a big part of the story. Without it, there is no story.

When you write about real people, choose well.

If you’re fictionalizing the life of a real person, your setting is already in place. You have only to choose the times and events that impacted your character the most and then develop them vividly, because it’s usually best not to write about the entirety of a person’s life. Most often in historical fiction about real people, the author has honed in on the most pivotal times and formative periods that stand out. It could be the person’s childhood, adulthood, or later life. Develop the setting during those key moments so that the reader not only experiences what he or she imagines the person was going through emotionally and intellectually, but also experiences the place, time, history, and culture.

A great example of this appears in CIRCLING THE SUN by Paula McLain. The book tells the story of a real person, Beryl Markham, during the time of Baroness Karen von Blixen-Finecke (who wrote as Isak Denesen) and Denys Finch Hatton (remember the movie, OUT OF AFRICA?), and not only do readers relate to the characters, they also experience the Colonial era of Kenya, as well as tobacco farming there, the social stratum, and so much more.

THE PARIS WIFE, also by Paula McLain, is another example that makes setting a character. The novel is about Ernest Hemingway’s first wife, Hadley, and it focuses on the major events and changes in their relationship. Along the way the reader experiences France between the World Wars as seen by the so-called Lost Generation of artists, writers, and musicians that gathered there.

Include society and culture

Ideally, the time period provides tone and social context, too. Be sure that, in addition to knowing the history you’re writing about, you are familiar with the key events before your book takes place. There may be important occurrences that have already happened but still impact the place. Research the culture and norms of the time. Learn how people spoke, believed, lived, dressed, and worked. Learn about accents, colloquialisms, and mannerisms.

All authors want to surprise the reader; in fact, one of the worst things said of a novel is that it’s predictable. And surprises can come in many forms, even the setting of the book. So, for example, let’s say you’re interested in the development of the American suburbs during the 1950s, but instead of finding a safe and value-driven environment, a single mother who moves there is ostracized and then terrorized. You would be providing an alternate look and feel of a place—one that isn’t expected. A surprise in a novel can materialize in many forms, even when it comes from social context, past history, and atmosphere.

In THE TILTED WORLD, Tom Franklin and Beth Ann Fennelly used the setting to their advantage in many ways. The flood of 1926-7 provided an important and dramatic event. The time period had to be that fateful winter and no other time. The authors might have been able to choose the exact location, but the book had to take place somewhere along the flooded Mississippi River. Its history had to be that of a flood-prone locale with little protective measures in place. The rural riverfront setting and moonshining added culture and atmosphere. The authors were also able to use the social atmosphere to develop a palpable and unusual tone to the story. They utilized the flood in metaphors and similes. The hard times and suffering endured during that time gave them much to work with in terms of a theme, too.

Develop the setting as you would a character

When describing the setting, although there may be a great deal to work with, make sure what you choose to include is not overdone. Rather than describing the setting in one big chunk, give glimpses throughout the book. Today’s readers are impatient, and long descriptive paragraphs of description are not tolerated by readers the way they were in the past.

Utilize setting to enhance your writing

So keep your descriptions short but powerful, and be sure to utilize all the senses. Show the reader not only how a place looks, but also how it smells, sounds, tastes, and feels. When a setting is well-written, it goes beyond visual images. Of course you will write your setting description so that it gives the reader a visual sense, but don’t forget to expand beyond that. Describe the atmosphere and tone of the place as well, and include the social, political, and/or morality of the day.

The atmosphere can be used to enhance character emotions, whether they be alike or opposite. For richness, draw comparisons and contrasts between the characters and the culture and society of the day. Almost every aspect of a setting can be utilized, but it’s best to focus on the strongest, most important ones. That said, a tiny detail shared with the reader here and there can work magic, too.

Use the setting in metaphors and similes, and try to put your setting in some kind of movement or transition, be it physical, societal, cultural, or emotional. A dynamic place is more interesting than a stagnant one. It moves and evolves, just like the well-developed characters in a novel.

My tastes have always run toward a story with a strong sense of place. In Carlos Ruiz Zafón’s beautiful novel, THE SHADOW OF THE WIND, the setting of Barcelona in 1945 was developed so vividly the reader feels as if he or she has been to that city and lived through those days. You might either love the city or hate it, but it stays with you long after you’ve finished reading the book.

In Libbie Hawker’s TIDEWATER, the era of Pocahontas and the Jamestown Colony are described so well that the reader can immediately gain a sense of being there in the moment. The story could not have taken place during another time and in another place. The setting is dynamic; wilderness occupied by Native Americans is being transformed into an English colony.

If you’re a historical fiction author, allow setting to drive your story and develop it as you would the major players in the book. Active, stimulating settings make for stronger novels, and remember that in the best historical fiction, the setting is a living, breathing, changing, and feeling character along with your human ones.

If you answer yes to all of the questions below, your setting will have a much better chance to rise above: 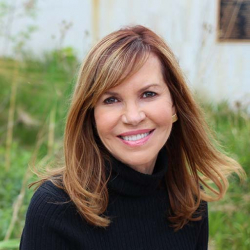