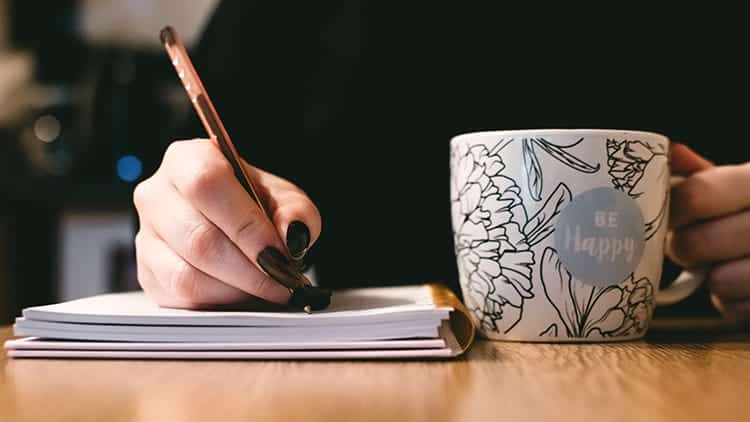 Why would you consider hiring a “cheap editor” over a professional and proven book editor?

• You’re tempted by an inexpensive quote
• You imagine your book is so close to perfect it barely needs editing
• Your hopes and dreams are realized—so few changes! That’s because your “editor” did not know what they’re doing
• The “editor” has a 5-star review on the site so they must be good—but who pulled those stars from the sky?
• It only takes me a few hours to read my own book—why should it take longer for an editor to edit it?

It’s no secret: Book editors are not cheap—professional book editors, with track records, that is. Successful editors—the ones with excellent credentials, excellent reviews, and excellent sales numbers—might be considered expensive if you’re comparing their rates to editors who do not have the equivalent experience. The uninformed writer might think the lower-priced editors are the norm and the higher-priced editor is trying to take advantage of writers. The truth is exactly the opposite.

You get cheap quotes on Fiverr or Upwork and turnaround times from three to five days. And you’re tempted. In the editing world these are called scammers or wannabes. They slapped an “editor” sticker on their foreheads and are ready to roll. And what a deal.

Your Fiverr and Upwork expectations

You send your manuscript to an “editor” from a site like Fiverr, Upwork, Gigbucks, or Servicescape. You’ve worked on the book for months, maybe even years, and you think all that’s left is this final edit. So, you look for the cheapest way to get it done because you have not yet been paid for the finished book and your budget is tight.

You agree to pay $50. The file you get back has few changes and no usable suggestions for improvement. All your mistakes and typos are still there. You could have hired your pet sitter and received the same result.

That’s because anyone can claim to be an editor. But years of experience, a knowledge of the market and industry, and a body of work to back it up, are a few credentials you won’t find on Fiverr, Upwork, et al., even if that “editor” has 5-star reviews. Many writers don’t know what they’re looking for until they see a first edit, and many aren’t familiar with the process at all, so cheaper can equal better to them. Simply put, they don’t know that they didn’t get a great edit for $50. Take a chapter and have it done by a REAL editor, and they’ll suddenly get it.

There are misunderstandings about the editing process. I didn’t understand the process myself before starting in this field, so if you’re confused, don’t worry—so is everyone else just starting out.

Here’s the first part of an edit that surprises people:

Avid readers think that if they can read a book in an afternoon, then that must be how long an edit takes, right? It’s just reading, after all.

Wrong, but it’s an understandable assumption.

To get a better idea about what exactly goes into an edit, let’s break down the process.
Posted on Wikipedia: “The average adult reads prose text at 250 to 300 words per minute. While proofreading materials, people are able to read at 200 wpm on paper, and 180 wpm on a monitor.” No clue how they calculate this, and some are of the opinion that it’s more effective to print out your book to edit it, which is not efficient. Given that everything is done via computer these days, it’s more efficient as well as more effective to edit directly on the screen.

How many read-throughs of the book?

Using the Wiki stat, it would take 8.5 hours for an editor to read (not simply “browse”) your 100,000-word novel from start to finish. One read. Most editors would not consider that an editorial read. It’s definitely not a careful, intensive, focused review of the plot, subplots, characters, etc., which is the primary terrain of the developmental editor.

At least two readings should be done for a critique—17 hours, minimum—if we use Wiki numbers (and we don’t because drafts of manuscripts differ greatly in quality and levels of input required). If you find a bargain editor on Fiverr, Upwork, or other platforms, they will not be doing multiple readings for such a small amount of money.

What else goes into an edit?

This may be another surprise, but editors aren’t just reading, they’re writing as well—whether it is on a printed version or a computer screen.

Professional developmental editors will also write their comments in a way the author understands, and with sensitivity. It takes a lot less time to write, “this part was terrible” or “this character is a jerk” as opposed to suggesting ideas for improvement in a respectful manner. They also ensure the author will understand the suggestions by describing further what they mean, and often give examples.

A developmental editor must think outside the box, beyond the story they are reading. This means they can see where the story could go instead of where it currently goes. Because they are reviewing the big picture rather than minute details, the creative side needs thought beyond when they are actually reading—meaning this fundamental edit takes time.

A copy editor reads every letter of every word on every page, along with every punctuation mark. Not one piece of the document may be skimmed. They also check sources, probably look up terms in The Chicago Manual of Style (CMOS) or the Merriam-Webster Collegiate Dictionary, because language and its rules change. No matter how familiar we are with the language and how many years we have made it our profession—especially with all the new “slang” and international public figures with names that don’t roll off our tongues—copyediting services focus on details most “normal” people ignore. They make style sheets to make sure the rules of the book are consistent (e.g., the spelling of characters’ names).

A proofreader also reads everything. This doesn’t even just mean every letter, every punctuation mark, etc.; it also means every page number, every chapter number and title, every heading, and so on. They cannot miss anything, and they need to know beforehand what has the potential to be missed by the author, so they go through their checklist throughout the proofread. This will once again require them to look up sources and rules. They often double-check the copy editor’s work.

So, about how many hours is that?

“A 100,000-word book manuscript, edited by an experienced editor, might take seventy-five to one hundred hours of work before being sent to the author, plus ten to twenty additional hours after the author’s review.”

This means about one hour per 1,000 words of manuscript.

Is this the norm?

Many books today are not getting this level of time commitment and thoroughness—from publishing houses and elsewhere—due to budget cuts, the demand for quick turnaround times, and price shopping (which includes novice writers and some large/small/indie publishers who are looking for the lowest price). The rise of technology, the internet, and social media has played a role in the fast-paced culture of immediacy that has been taking over our minds and our lives.

So, if even publishing houses are squeezing the amount of time they spend on a project, imagine outsourced websites for independent authors. People who post “editing services” on Fiverr, Upwork, Gigbucks, Servicescape, and similar sites simply will not dedicate the necessary time a true edit takes. In truth, they don’t know what an editor actually does. There are multitudes of similar websites that list people who offer fast and cheap freelance work—a quick Google search will turn up dozens. Credentials aren’t checked. Credentials (or lack thereof) don’t matter if the price can’t be beat.

The same rules hold true for sites that let you place an order. You might want a 100,000-word book edited in five days (in every which way—developmental to proofreading), have a budget of $200, and get an acceptance reply. Don’t bother. If you self-publish your feedback will highlight the error of your ways.

Many self-publishers would have trouble affording an intense, in-depth professional edit. This is why so many turn to cheap sites in the first place. Professional editing is simply not inexpensive. But, the key word here is professional. If you strive to be a professional writer then why wouldn’t you hire a professional editor? Investing in your project and yourself for the long run is essential, if you want to be taken seriously in today’s tight market.

Bottom line: for most of us, writing isn’t fast—editing isn’t either.