Sometimes we editors have to distance ourselves from a manuscript. Sometimes that happens when the scope of work requires a lighter touch from the editor than would best serve the manuscript. For example, a manuscript might be difficult to follow, sparse in its citations, have links that don’t work, or a structure that detracts from its effectiveness. But our scope of work for that manuscript might only be to correct grammar, spelling, and punctuation. We know that the author has done some brilliant research, but there are flaws in the article that dilute, even obscure, its effectiveness.

An editor could fix these problems if only the scope of work permitted. But we can’t do more with the manuscript than the parties bargained for. It is as if a patient was brought into the emergency room with a nearly severed leg, and we were only authorized to splint the sprained ankle. We can either get frustrated on the author’s behalf (or the reader’s), or we can compartmentalize our responses as readers from our responsibilities as editors. We apply our professional acumen to the task and know that we can’t control the finished product.[1]

Sometimes the work itself affects us in a way that requires us as editors to adapt. The scope of work is appropriate to the project. But nevertheless, the editor has to find a way to compartmentalize the impact of the manuscript on themselves.

Recently, I edited a book by a veterinarian about a serious animal cruelty case. The author’s clinical descriptions about what had been done to these animals would give you nightmares. I’m not going to tell you about it. The book lived with me for weeks. The memories of what I read and saw will take a while to fade, and I edited this book months ago. In fact, it has taken me time to write this blog post because I have to revisit the book in order to do it.

Part of what I was hired to do was to make the book more accessible to a lay audience. There were technical terms that would have been unfamiliar even to readers who take good care of their pets and so would have had a certain amount of background knowledge.

This meant I had to do my own researchfor example, to make sure that terms of art or medications were spelled correctly,[2] find out whether a medicine was a generic or brand name, or whether a particular term was hyphenated or not.[3] There was also newspaper coverage, and the book referred to the newspaper articles. I had to format the citations of the articles and link to them with a URL.

All of this research meant that I had to look at a lot of pictures. There were many photographs in these sources-of maltreated pets, sick pets, severely ill pets, dying pets, crime scenes that traumatized the first responders. Many of these pictures could be found on the websites that defined the terms and were unrelated to my author’s book. So some also depicted other events and other animals suffering from other horrible injuries; there were the same horrible diseases maiming the bodies of other pets.

The story needed to be told. And readers needed to be able to understand it. This meant that terms of art had to be explained and not omitted. And that photographs that were not in the book were seen perforce, and descriptions of what happened to yet other animals had to be read. And so I saw things that would upset almost anybody.

On the other hand, I didn’t remove the animals from the crime scene. I didn’t hear them crying, smell the illness, and look them in the eyes. I didn’t have to get close to them, provide medical care to them, pet them, or watch some live and some die no matter what I did.

I edited the book.

“We have not been directly exposed to the trauma scene, but we hear the story told with such intensity, or we hear similar stories so often, or we have the gift and curse of extreme empathy and we suffer. We feel the feelings of our clients. We experience their fears. We dream their dreams. Eventually, we lose a certain spark of optimism, humor and hope. We tire. We aren’t sick, but we aren’t ourselves.”
C. Figley, 1995

I am not, today, in a helping profession, although I used to be[4]. But many of us editors have talked among ourselves about how we cope with material like this. And most of us have had to, whether it’s animal cruelty or child abuse, domestic violence or war, a forensic pathology textbook or an article about terror victims. We all have different ways of coping. Some editors just won’t take certain projects. Others develop a heightened regimen of self-care.

What did I do? I occasionally switched to other projects that were about other topics. I walked a lot more. I practiced martial arts a lot more. I lavished even more affection on my cats than I normally did, which is saying a lot, especially because Joey, my dilute calico, regularly stations himself in my chair to the left of my laptop. I read things that were funny and informative, like Mary Roach’s Stiff; The Curious Lives of Human Cadavers or literary yet escapist, like AndrÃ© Alexis”˜s Fifteen Dogs. And I continued to participate in civic affairs. I compartmentalized. When I was working, I was Karin the Editor. When I wasn’t, I went for a walk or watched Monty Python and the Holy Grail for the squillionth time.

Editors help victims speak. We help witnesses get their stories told as effectively as possible. And sometimes, we just breathe.

[1] We do flag things for authors sometimes, but we can’t always do that. [2] They occasionally weren’t. [3] Depending on which journal or what source, the term might or might not have been, and the style manual was silent. I picked one. [4] We editors would not be in high demand during the Zombie Apocalypse,* for all we would make the world a better place after it.

* I don’t believe in Zombie Apocalypses, but I do believe that there are credible ways in which there might be mass fatalities on a scale that might set civilization back to pre-Industrial levels. I just can’t think about them now, when North Korea just tested a hydrogen bomb. 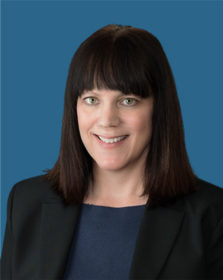