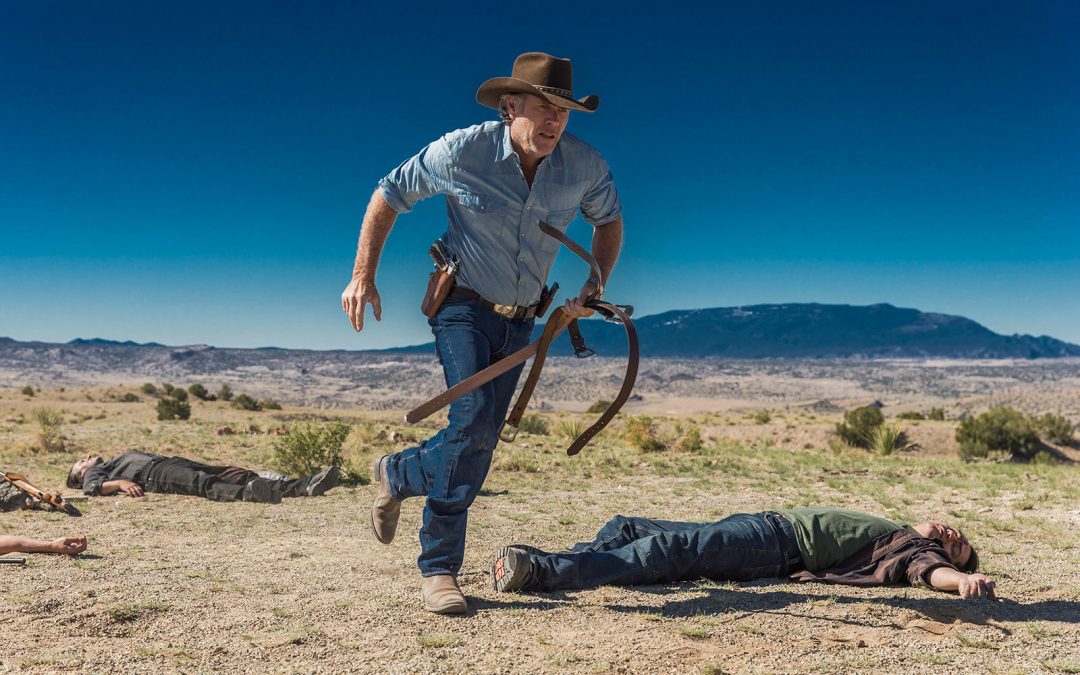 If you like crime dramas with a police-procedural slant, and you like modern Westerns with a noir touch, then check out this series about sheriff Walt Longmire, set in rural Wyoming.

Here in volume five, Walt sets out to prove that a woman who confessed to killing her husband didn’t do it. She had darn good reason to shoot the man: he tortured and killed her champion horse, then burned her other horses alive in a locked barn. The fire also took out their house.

But Sheriff Longmire has a nose for strange truths hidden behind falsehoods, and when the murderess lands in his jail to await trial, he scents right off that something isn’t right. So he goes undercover to find out what really happened.

In the process he digs up a mighty lot of dirt. Out in the backcountry—like Alaska, Wyoming still has vast areas of unsettled frontier—many deeds can go unobserved and unpunished. The ratio of Longmire’s staff to square miles is pitifully small, making it even harder to track down perpetrators and witnesses, never mind locate where bodies might be buried.

Longmire is helped by a terrific cast of characters. Each is a unique and interesting personality representing the types of people who inhabit the region, either current generation or descendants of settlers. All are understandable if not likable, and combined they draw readers into the story and compel them to follow the series. (Which, by the way, has been made into a TV series on A&E called Longmire.)

The landscape, too, serves as a character. The author weaves in details of how geography and weather influence everything from scratching out a living to solving crimes. Often a person must make choices that fall within a fuzzy gray area. In Longmire’s case, the ethics vs. law vs. morals quandary underlying each story gives it veracity and pathos.

These features provide adventure, a puzzling mystery, and enlightening profiles of people and place. The Dark Horse represents the series’ characteristics, and is recommended as both a stand-alone novel and an episode in an ongoing saga.