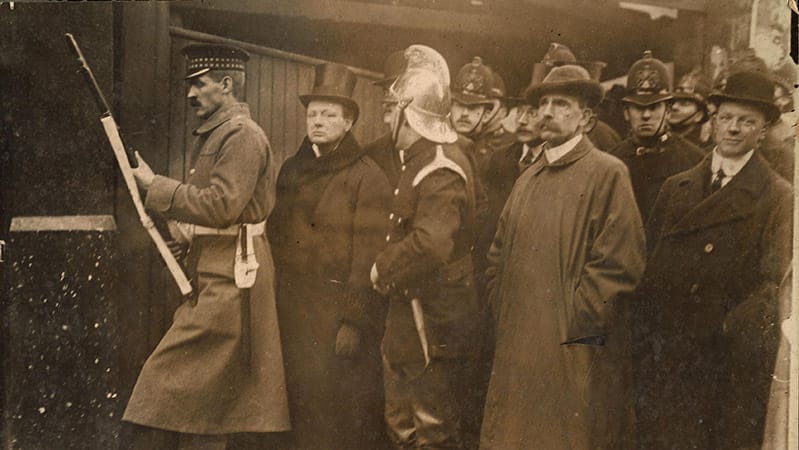 The Splendid and the Vile: A Saga of Churchill, Family, and Defiance During the Blitz by Erik Larson, Crown Publishing

Author Larson is one of the most credentialed historians imaginable and has received unprecedented acclaim for this 2020 book. This is an intimate portrait of Britain’s Prime Minister Churchill during the darkest hours of his nation. Adding to the drama, his first day in office was the very day Hitler invaded the low countries, Belgium and Holland, and just two weeks after the British Army’s crushing defeat in Dunkirk.

What makes this story so special is that the narrative takes place at Churchill’s various domiciles during the Nazi blitz on London, which took 45,000 lives. The narrative is set in three places— Churchill’s prime ministerial country home, Chequers; his wartime retreat, Ditchley; and 10 Downing Street. It is here we experience almost firsthand the interaction between Britain’s leader, his family, and his inner circle of advisers (the “Secret Circle”). The narrative, both engaging and revealing, is Larson’s highly researched account of how Churchill persevered and ultimately taught Britons “the art of being fearless.”

Larson cannot claim “breadth” for this account of the man, but he is long on depth, taking up over six hundred pages that read like you were there along with Churchill’s wife, daughter, son, and even his unfaithful wife and her illicit lover, a dashing American emissary assigned to wartime Britain.

Last Stands: Why Men Fight When All Is Lost by Michael Walsh, St. Martin’s Press

So many military history books decry the uselessness of war, but not this one. Rather than an antiwar theme, author Walsh takes an opposite stance, posturing war as natural and part of the human condition that is closely linked to man’s instinct for survival.

Men being driven to war is Walsh’s reasoning for so many bloody conflicts throughout recorded history. He takes us to many of the skirmishes from ancient Greece and Charlemagne’s rear guard to Davy Crockett at the Alamo and General George Custer’s last stand at Little Big Horn.

Walsh veritably celebrates masculinity and how war brings out men’s instincts for heroism. He maintains warfare is a catalyst that civilized Western culture and America. Pointing to myriad innovations in science and technology that was innovated for wars, he builds his case well, which might be uncomfortable to swallow.

Regardless of any disagreement you may have with his basic thesis, his writing skills make it quite readable. Walsh, a novelist at heart and by profession, has a special way with his words that engage and suck you into his true stories. The fact that they are nonfiction and make so much sense is unsettling.

Walsh maintains that war is part of the male heritage. When he points out that America would not exist without fighting a war, he seems to advocate that we should be more comfortable wearing pants and feel less ashamed to be an American male, which is an underlying theme throughout his book.

This visually stunning commemorative book celebrates the seventy-fifth anniversary of the War. Its focus goes beyond just the battles and geopolitics by relating two facets of World War II that are rarely discussed in history books—the heroic reporters and photographers who documented the War for the AP and the perception of the War on the American home front as the War unfolded day by day. It’s not exactly the same story the historians relate now, since they’ve had seventy-five years of research to fill in the blanks. Related to this, the AP and its publisher, Sterling, recruited historian Alan Alexrod to contribute the uncensored historical account as introductory material for each year the War was fought.

All reportage during the War was censored, yet the press had the obligation to report the War without misleading the American public. This is a story in itself. Now, seventy-five years later, the AP offers the newspaper stories in this huge book and they are as riveting now as during the War. As you read them you can feel the suspense your parents and grandparents experienced as the War unfolded battle by battle. As it did, it was unclear if America would win, which makes this work a veritable “thriller” for which the outcome is unknown.

How the South Won the Civil War: Oligarchy, Democracy, and the Continuing Fight for the Soul of America by Heather Cox Richardson, Oxford University Press

The culture of white domination over American minorities is presented as a theme that has been running across America—its land and its culture—since its inception as an immigrant nation. Starting with white settlers that came before the Revolutionary War, she portrays our nation in racial hierarchies. First were white family farmers in early America, and on its heels came the Deep South’s cotton industries, the exploitation of black slaves, and the cruel treatment, slaughter, and forced resettlement of Native Americans.

Will the South rise again? According to this work, it already has, just nowhere near Dixie. Author Richardson—a renowned scholar on the Civil War and Plains Indians—espouses her theory that the Confederacy’s “losses” from the Civil War didn’t last very long. She documents how the losing side transitioned into being a net winner.

This very system moved westward and, as it did, there was something new to extract, the mining and cattle business. With it came the mythology and culture of American individualism that engendered “Movement Conservatives,” which was embraced and led by Barry Goldwater, the failed Republican presidential candidate of 1964, and Presidents Nixon and Reagan.

The old adage about knowing a man requires walking in his shoes is oddly revamped in this work, which preaches that walking in a man’s combat boots teaches even more. Author Hegseth, host of Fox and Friends Weekend, knows personally about combat. His boots have had mileage in Afghanistan, Iraq, and Guantanamo Bay. He was awarded two Bronze Stars and a Combat Infantryman’s Badge. If that isn’t credentials enough to publish a book about the heroics of the fight, it’s supplemented by his Princeton and Harvard degrees and two previous bestselling books.

In this one, former Army Major Hegseth recruited fifteen combat heroes from the US Air Force, Army, Navy, and Marines to compile an inspiring oral history from each of them. It touches on warfare fatigue, “battle smarts,” and transitioning back to civilian life. The book is enhanced by well-chosen photos that dramatically portray true heroism of the fifteen warriors who share their stories.