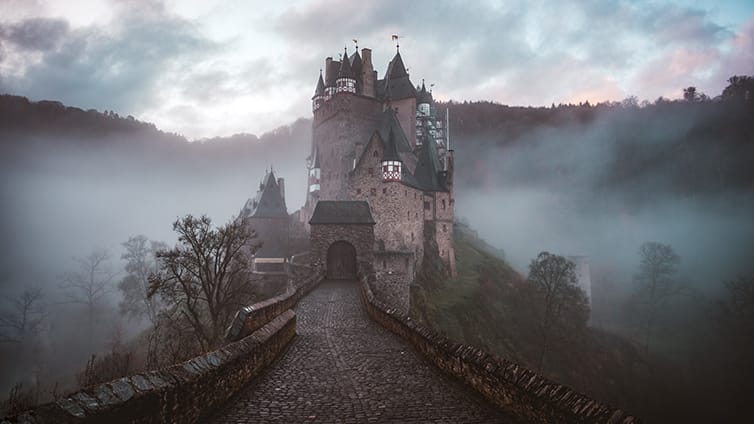 While a best of Fantasy in 2020 list would be remiss in not mentioning big hitters like Brandon Sanderson’s Rhythms of War and Sarah J. Maas’ House of Earth and Blood, among others, I wanted to take a little different approach by highlighting novels that won Indie and Small Publisher awards in 2020. (Not all books were released in 2020, but they did receive them in 2020) The first trouble in such an endeavor is to determine which contests to use, which was a little more difficult as Covid has seemingly delayed a few awards and their announcements. So, I decided to sift through the awards recommended to authors by Bookbub and which have Fantasy categories. I also decided to include finalists and books that placed where these were announced.

Before the main event, a special shoutout to Silvia Moreno-Garcia’s Gods of Jade and Shadow, which is the novel I voted for in the SFWA Nebula Awards. Set in 1920’s Mexico, this is a fine little fantasy novel, a touch outside my normal epic tastes, but well worth a read.

Jack of Thorns by AK Faulkner

The first novel in the Inheritance Series, Jack of Thorns is a contemporary fantasy set in San Diego. Themes of drug addiction, class, and sexuality are woven amid romance, pagan spirituality, and magic. So, if you are looking for a contemporary LGBT fantasy, this book just might be the ticket. Judging by reviews from Kirkus, Publishers Weekly, Clarion, and others, you can expect superlative prose.

Prominent Review: “Author AK Faulkner thrusts together two deliciously flawed main characters (a former heroin addict and a mysterious member of British nobility), then weaves an empowering plot of destiny, inheritance, and self-improvement–all while letting the reader languor in the glow of a glorious slow burn romance.”

Epoca: The Tree of Ecrof, Created by Kobe Bryant, Written by Ivy Claire

From the mind of basketball legend Kobe Bryant, this young adult tale is set in an alternate world dominated by sports and a magic called grana. The two lead characters head to the premiere sports academy in the world, and here they begin to suspect that there is something evil at the school. The story is really about finding the strength to battle against the odds, and is an encouragement to young readers. Another note is that the book is high quality, something that collector’s of books and/or Kobe Bryant

Prominent Review: “Conceptualized by Academy Award–winning basketball player Kobe Bryant and written by author and athlete Claire, this amiable novel aims high in its worldbuilding… In an era where athletes are worshipped like gods, this book’s creators are simply on-brand.”

(Grand Champion in Fiction & Winner of the Fantasy Category) — Authored by myself, Eve of Snows opens a series of epic sagas. The first book in the Sundering the Gods Saga follows Eliles, a young woman studying for the priesthood, and several other characters as they unravel an ancient conspiracy that will risk the lives of a people to bring the gods back to the world.

Prominent Review: “Eve of Snows is a supremely well-executed piece of epic fantasy. And like the best works of that genre, it does not spoon feed its readers. Although there is action and peril enough for the casual fan, the true depth of the world Rice has created unfolds with careful perusal. Devotees of the fantastic who take their time to fully absorb Eve of Snows will be truly rewarded.”

Awaken the Three, Book Two of the Highglade series, by D.L. Jennings, Illustrated by Ryan Goimarac

The second installment in an epic fantasy saga, following Gift of the Shaper, this novel is a tale of war and chaos, of earthly armies fighting for otherworldly rewards. An exiled general and a self-proclaimed emperor come together to combat an alliance forming to the north, and to survive they will seek to awaken three ancient powers. Fans of military fantasy should take note.

The Isle of Gold, by Seven Jane

Set in 1716, the golden age of pirates, this young adult historical fantasy follows the lead character as she seeks to solve the mystery of her past. She dons a disguise and joins the crew of a notorious pirate ship, whose captain is himself seeking to solve the mysterious disappearance of the woman he loves. Toss in a helping of magic and reexamining old legends of the sea, and we get a book folks tend to compare to Pirates of Caribbean, with a strong female lead.

Prominent Review: “A delightful, well researched and evocative historical fantasy that succeeds in bringing a fascinating era to life.”

A young thief believes her life is looking up after making a huge score, but things go awry when a brutal man forces her and other great thieves into his service to steal two keys. The tension mounts as she begins to suspect the motives of her boss are more sinister than she imagined, and our good thief vows to defeat her boss at his own game.

A special note: as far as I can tell this novel is not yet available for sale.

Prominent Review: “A rip-snorter from a master storyteller, The Thief’s Tale is packed with action and features an extraordinarily exotic world that absorbs the reader utterly. In elegant prose and a translucent style, Joel Manners crafts a tale that is emotionally intense and psychologically exciting. He blends suspense and a rare gift of humor to keep the reader’s attention from one engaging page to the next exciting one. The unpredictability in plot and the beauty of the prose make this narrative a real page-turner.”

In this young adult fantasy, the main character lives in a mountain community, but falls into the jungle below, a terrifying place. Here she finds a lizard-people, but they aren’t the friendliest, as prone to biting her as making breakfast. The hook that comes across as intriguing is that in this world, gender and social roles are determined by their horoscopes.

Prominent Review: “Two Dark Moons is gripping from the start, with plenty of action, humor, beauty, not to mention a convincingly nuanced portrayal of a budding relationship. Avi Silver writes with incredible empathy and understanding for all stripes of humanity (and beyond).”

A novel that was also named to Kirkus Reviews’ Best of 2019, this book is on my short list of novels to read soon. It is a Dark sci-fantasy set on an alien planet with a wild array of species, and contains elements of horror revolving around the disappearance of children. This leads the main characters underground in search of an evil long thought dead.

Prominent Review: “The creepy threats and fierce fights in this densely imagined novel will gratify fans of dark fantasy, especially those who want real depth in between thrills.”

Whenever I see a book title with Alice in it, I think Alice in Wonderland, and lo and behold! Here we have a book that expands on Lewis Carrol’s classic. In this tale, Alice is fifteen and has spent time in an asylum because of her tales of Wonderland, but when offered an experimental treatment for her insanity, she escapes with the White Rabbit. This book has done very well in multiple contests, so if you’re into new looks at the classics and fairy tales, this might just tickle your fancy.

Prominent Review: “With whimsy and humor, H.J. Ramsay drops Alice—and readers—back down the rabbit hole to Wonderland for a new adventure in Ever Alice, an imaginative narrative continuing the adventures of Lewis Carroll’s young protagonist and the fantastically strange world she discovered … In all, this is a rabbit hole well worth tumbling into.”

This novel appears to be of a fairy tale genre, replete with a princess, a huntress, a winter rose, and a love story, but with twists involving more modern social issues. The lead character, Rowan, is out to break a curse that will leave the lands in eternal winter, but if she does this, she will be forced to return to her old life without the love of the Huntress.

Prominent Review: “Breathtaking! Burke’s writing is as raw and beautiful as the Huntresses’s enchanted winter.”

―Karelia Stetz-Waters, author of Forgive Me If I’ve Told You This Before

This well-received novel is an epic fantasy aimed at the Young Adult audience, and here there be dragons! In fact, one seems to be trying to lead a path to redemption after centuries of naughty behavior in respect to human lives. To do so, she enlists a young mage to bring peace between humans and dragons. A fine and noble way to mend her legacy as an Inferno Dragon, while the boy (no doubt) experiences his own bildungsroman.

Prominent Review: “With its fully realized characters, delightful humor, gorgeous syntax, heartbreaking scenes, and excellent world-building, I was emotionally invested from beginning to end… This YA title is one adult readers will also love, and they’ll want to read it aloud with their younger children.” 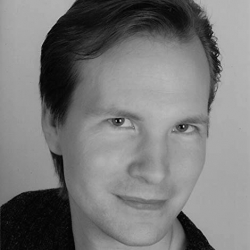 L. James Rice
L. James Rice studied English Literature at UNI and screenwriting at UCLA. While pursuing Hollywood his scripts received a paraphrase of this response on several occasions: If you want that to sell, write the novel first. In response, he opened a small winery in the midwest (There is no logic to follow except Writer? Alcohol? Why not?). After several years of tinkering, world building, and refinement, Eve of Snows appeared, making some wonder why the heck he ever went into the wine business. Sick of wine, he turned to writing full time, and the rest is history the future.

Learn more about him at his website and on Amazon.