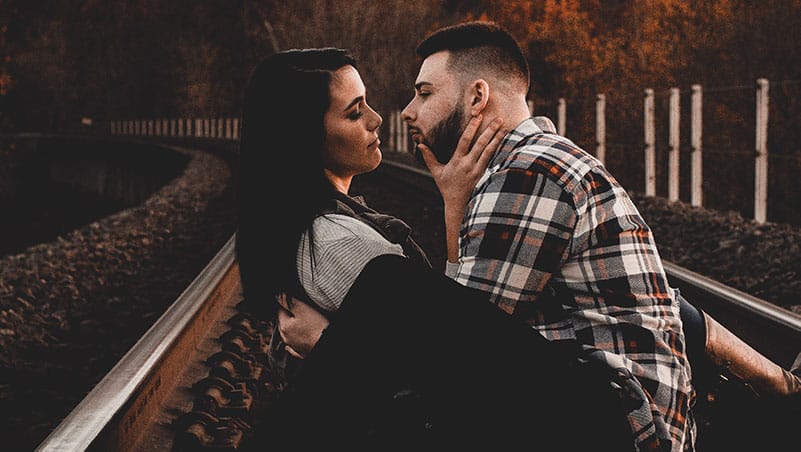 A recent curiosity for how things were going in Romancelandia had me perusing a sampling of March 2019 bestseller lists. The New York Times has done away with the Mass Market Fiction Best-seller List (which many of us former Big 5 editors took as our holy grail for all things successful Romance), so the new list is referred to as a Combined Print and EBook Fiction Best-seller list.

I found a number of aspects of this list interesting.

Two writers, Lisa Jackson (I edited 1 or 2 of her books back in the day) and Lisa Kleypas, have been around for a long time: always successful, always bestsellers and, rightly so, darlings of their respective genres. They are both still with the same traditional New York publishers that provide healthy budgets (which is fairly common).

These authors appear on bestseller lists with great frequency. Lisa Kleypas, who writes historical romance, has written a spin-off from a previous fan favorite. Lisa Jackson wrote a Contemporary Romance. The remaining writers are self-published.

Meghan March’s title is not a stand-alone, and book 1 is a must-read in this series. Elle Kennedy’s is also part of a series and appears to be in the New Adult genre. Susan Stoker’s book is the 13th in a series. And Penelope Ward’s book is a stand-alone Contemporary Romance.

Bestsellers in the Romance Category – March 2019

Luck of the Devil by Meghan March

This title is the second book in the Forge series. Each previous book ended with a cliffhanger. This is clearly stated in the blurbs, so a reader must read in order. The heroine is a professional poker player. The male lead is classic anti-hero. She bets a night of lovemaking and what ensues has been given lots of “HOT” comments. Some mention of the Fifty Shades books as comparison titles. Ward is known for her sexy writing. This couple stars in all three titles in the series.

Shelter for Quinn by Susan Stoker 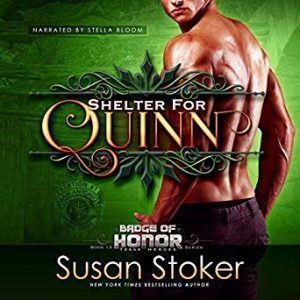 This is the 13th title in Stoker’s Badge of Honor: Texas Heroes series. Stoker has only been on the scene since 2014 and has been incredibly prolific. Her SEAL series launched her into the spotlight. The Texas Heroes series revolves around a local fire station and police station. All her heroes are protective alphas who fall for flawed but strong heroines. The main characters from the earlier books in the series make cameos, which readers love.

Kleypas is a huge bestseller for Avon Books (has been for a long time), a fan and contest favorite. She always gets eye-catching covers. This latest title is a spin-off from an older fan favorite Romance, THE DEVIL IN WINTER. The couple featured in that title, now have children and this is their daughter, Phoebe’s, story. Her father is a fan favorite and there are varied reader reactions to his role in this new offering. Again, readers love when those old, familiar characters pop up!

The Risk by Elle Kennedy 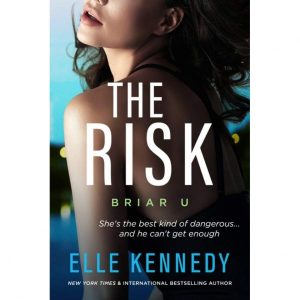 This book is another College Campus/Off-Campus, sports hero offering in Kennedy’s Briar U series. Previous characters make cameos. Kennedy writes in first-person, laugh-out-loud style that seems to resonate with both New Adult and Contemporary Rom-Com audiences. Romantic Comedy is a hot and marketable Romance sub-genre these days. Keep an eye on Elle Kennedy!

Backlash is a repackaged compilation of two titles from Jackson’s backlist. Publishers often do this to keep whetting the reader’s appetites with either a compilation or a novella while they wait for the latest single title book to be written. The reviews I have seen aren’t stellar as it appears readers don’t go for the “old school” style of storytelling (titles from 1989). I’m guessing her legion of fans just scooped this up sight unseen (again, good cover art), and Western Romance, cowboys and cowgirls, holds great appeal. Lots of marketing going on here that seems to be working in terms of bestseller lists.

When August Ends by Penelope Ward

This is an older man/younger woman trope. The slow burn chemistry, emotional high notes, and sweet satisfaction, resonate from the reviews. The title is sort of interesting in that it evokes more Women’s Fiction perhaps, yet the cover art of the hot dude in sunglasses clearly states Romance!

This list highlights a real gamut of sub-genres, tropes, fan type, and interest areas for Romance. This bestseller list made me mostly happy (not quite diverse enough), because it’s a snapshot of the audience: varied, widely read, willing to try new things, faithful to older things, voracious.

Self-published titles can do very well. A lot depends on the packaging and the marketing blurb and those reviews. Romancelandia is alive and well. So many wonderful authors to discover!